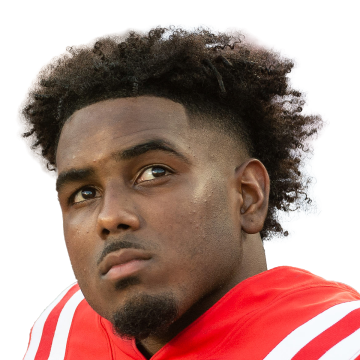 No catches in return

Moore failed to catch either of his two targets in Sunday's 27-20 loss to Atlanta.

Moore didn't make a contribution on the stat sheet in his return from a concussion, though he did set up a Jets touchdown by drawing a 41-yard pass interference penalty on Atlanta's two-yard line. The rookie second-round pick played 23 of a possible 56 offensive snaps, clocking in fourth among New York's wide receivers behind Corey Davis (45), Jamison Crowder (34) and Keelan Cole (31). Moore and the rest of the young Jets offense will look to iron out some of their issues during the team's Week 6 bye before traveling to New England in Week 7.

Likely out for Week 13

Coach Robert Saleh said Wednesday that Cole (undisclosed) isn't in line to be available for Week 13 after having been placed on the reserve/COVID-19 list, Connor Hughes of The Athletic reports.

Coach Robert Saleh announced on Monday that Wesco (ankle) is expected to miss 2-to-4 weeks.