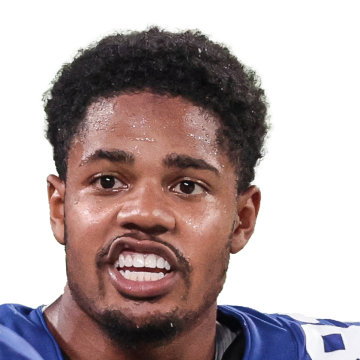 Shepard previously sat out games in Weeks 4 and 5 with a hamstring injury, but he returned to action last Sunday against the Rams and turned in a 10-76-0 line on 14 targets. The wideout's absence from the initial Week 7 practice report that was released Wednesday seemingly indicated that Shepard came out of that game unscathed, but his reappearance on Thursday's report suddenly makes his availability uncertain again as Sunday's game against the Panthers approaches. Given that top tight end Evan Engram (calf), top running back Saquon Barkley (ankle) and five of the Giants' top six receivers were either limited or non-participants in Thursday's session, there could be plenty of targets up for grabs Sunday.

Coach Joe Judge said Jones (neck) hasn't been cleared for contact work and has been ruled out for Sunday's game at Miami, Dan Salomone of the Giants' official site reports.