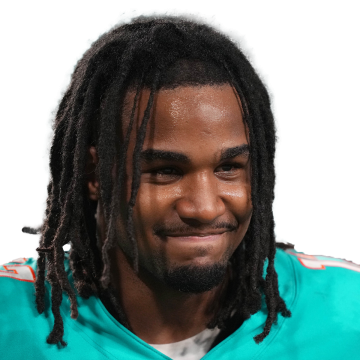 Waddle just put forth a disappointing two-catch performance against Tampa Bay with Parker sidelined, but that was with backup Jacoby Brissett under center. The only game Waddle played with Tagovailoa, his former Alabama teammate, under center for more than a quarter was Week 1, and that's also the only game in which the rookie first-round pick has found the end zone. Waddle will have a good opportunity to make it 2-for-2 in touchdowns with Tua against a vulnerable Jacksonville secondary in London.