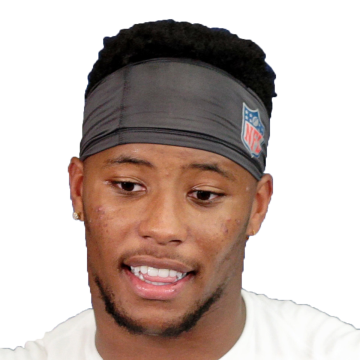 Judge has thus far been reluctant to definitively rule Barkley out for Sunday's game against the Rams, but that appears to be a foregone conclusion after the running back suffered a left low-ankle sprain in the Giants' Week 5 loss to the Cowboys. Sources familiar with Barkley's injury expect him to miss 2-to-3 weeks, so barring a miraculous recovery over the next two days, he'll likely be ruled out for the matchup with the Rams by the end of the week. Devontae Booker stepped in as the Giants' clear lead back when Barkley exited in the loss to the Cowboys, carrying 16 times for 42 yards and a touchdown while hauling in three of four targets for 16 yards and another score.