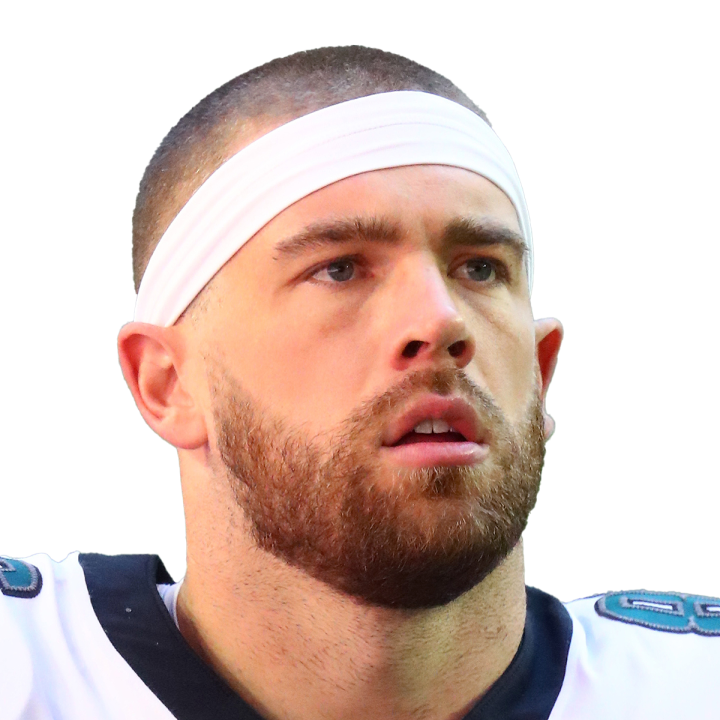 Ertz will serve as the Eagles' clear top tight end in Thursday's game against the Buccaneers with Dallas Goedert (illness) still on the reserve/COVID-19 list, Dave Zangaro of NBC Sports Philadelphia reports.

Goedert tested positive for COVID-19 on Tuesday, leaving him little time to clear the necessary protocols and be available Thursday. Indeed, the Eagles didn't activate Goedert before Thursday's 4:00 p.m. ET deadline to do so. Ertz thus figures to be far more active as a receiver than he previously has been this season. Through five contests, he's earned between 50 and 62 percent of the offensive snaps and two and eight targets on each occasion, while Goedert's respective ranges have been 55-74 percent and 2-5 targets. Philly regularly uses two tight-end sets, so Jack Stoll and the elevated Noah Togiai should get on the field, but most of Ertz' and Goedert's combined average of 8.8 targets per game likely will go to Ertz.

Dortch (back) doesn't have a designation for Sunday's game at Carolina, Josh Weinfuss of ESPN.com reports.

Moore (hamstring) is listed as questionable for Sunday's contest in Carolina, Josh Weinfuss of ESPN.com reports.

Green (knee) has been ruled out for Sunday's contest in Carolina, Josh Weinfuss of ESPN.com reports.

Conner (knee) doesn't have a designation for Sunday's game at Carolina, Josh Weinfuss of ESPN.com reports.

Dortch (back) practiced in a limited capacity Thursday, Tyler Drake of ArizonaSports.com reports.

Dortch (back) was limited at Wednesday's practice, Darren Urban of the Cardinals' official site reports.