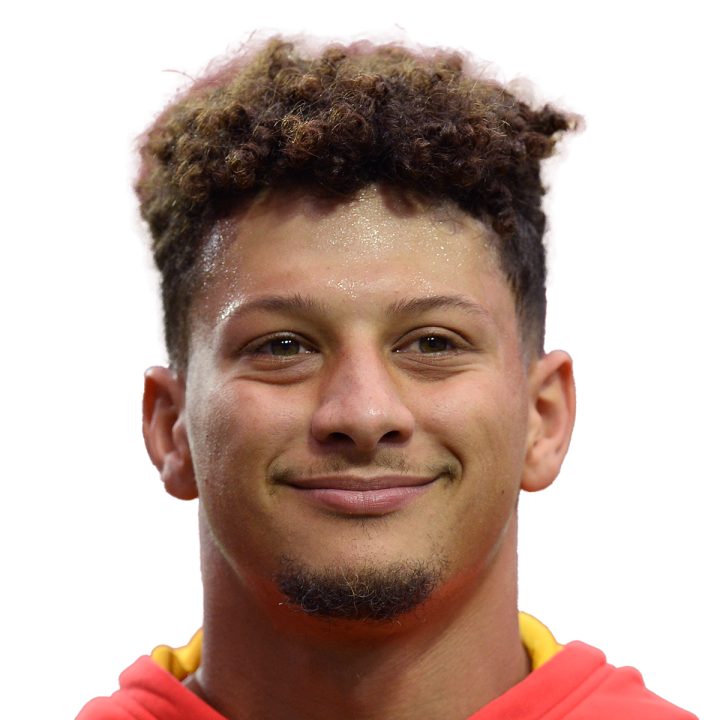 Set for MRI on right ankle

Mahomes is slated for an MRI on his right ankle Sunday to determine the extent of the injury that he played through during Saturday's 27-20 divisional-round win against the Jaguars, Adam Schefter of ESPN reports.

Mahomes was taken down awkwardly near the end of the first quarter, and while he finished out the possession, he yielded the offense to backup Chad Henne for the team's next drive as he underwent an X-ray that came back negative. Such news allowed the Chiefs to clear Mahomes to return, and he proceeded to finish out the game, completing 22 of 30 passes for 195 yards, two touchdowns and no interceptions while rushing three times for eight yards. Afterward, he relayed to Nate Taylor of The Athletic that he'll "be ready to go" for next Sunday's AFC Championship Game, but Sunday's test likely will reveal what type of practice restrictions he'll be under in the coming days.

Comes off IR ahead of Super Bowl

Hardman (pelvis) is listed as doubtful after the first week of preparation ahead of Super Bowl LVII versus the Eagles on Sunday, Feb. 12.

Toney (ankle/hamstring) is listed as questionable after the first week of preparation ahead of Super Bowl LVII against the Eagles on Sunday, Feb. 12.

Status in question for Super Bowl

Smith-Schuster (knee) is listed as questionable after the first week of preparation ahead of Super Bowl LVII versus the Eagles on Sunday, Feb. 12.

In good standing for Super Bowl

Mahomes (ankle) doesn't have a designation after the first week of preparation ahead of Super Bowl LVII against the Eagles on Sunday, Feb. 12.

Toney (ankle) didn't have a helmet at Friday's practice and was throwing a ball around with JuJu Smith-Schuster (knee) while the rest of the team warmed up, Pete Sweeney of ArrowheadPride.com reports.

Smith-Schuster (knee) didn't appear to practice Friday, as he was playing catch with Kadarius Toney (ankle/hamstring) while the Chiefs' healthy players were warming up, Pete Sweeney of ArrowheadPride.com reports.

Getting opinions on injury

The Chiefs are gathering opinions to determine if Hardman (pelvis) has a chance to play in Super Bowl LVII against the Bengals, Mike Garafolo of NFL Network reports.