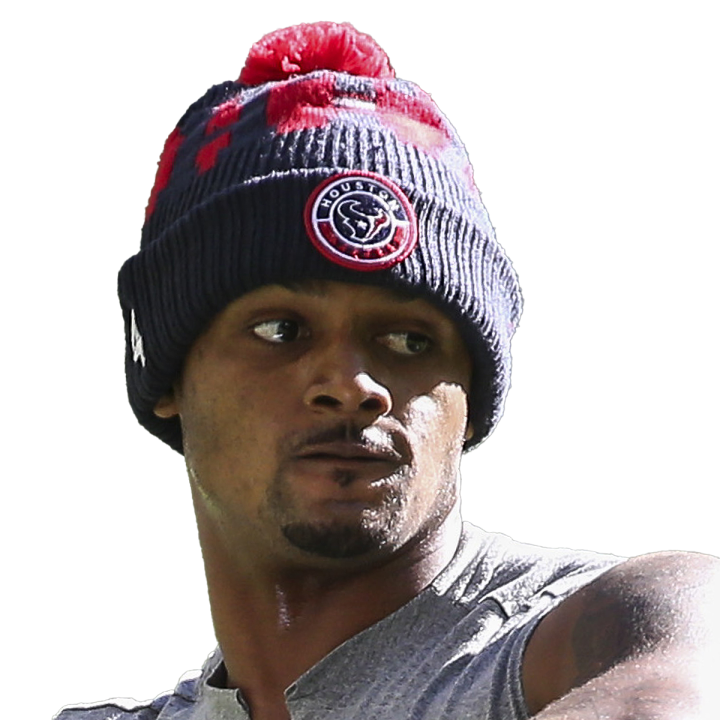 Admits being out of sync

Watson acknowledged that he dealt with rhythm and timing issues in his season debut last week against the Texans after he missed the first 11 games of the campaign while serving a suspension, Chris Easterling of the Akron Beacon Journal reports. "All of that stuff's gotta come back and, like I said last week, I don't know when it's gonna come back," Watson said. "I don't know if it was gonna be last week, this week. My job is to just keep getting better and when it clicks it, it clicks and everyone will feel that."

Watson underwhelmed last week in his first regular-season game in 700 days, as he sat out the entire 2021 season before Houston traded him to Cleveland over the offseason. In his second start with Cleveland this Sunday against the Bengals, Watson may not return to the Pro Bowl-caliber form he displayed prior to his nearly two years away from the game, but the quarterback seems confident that he'll gradually get more comfortable. Watson said he was able to get a feel for the "speed of the game and how defenses adjust" in his season debut, but there were noticeable timing issues with receivers, as he often throw short of or behind targets. Watson will get the opportunity to further acclimate Sunday, and head coach Kevin Stefanski reiterated earlier this week that he has no plans to turn the offense back over to Jacoby Brissett in what will be a matchup critical to Cleveland's fading playoff hopes.

Bell did not catch either of his two targets in a 28-14 loss to Pittsburgh in Week 18.

Johnson played 10 snaps on special teams and did not play on offense in Sunday's 28-14 loss to Pittsburgh in Week 18.

No run on offense

Ford returned five kickoffs for 93 yards and did not play on offense in Sunday's 28-14 loss to the Steelers in Week 18.

Peoples-Jones caught two of four targets for 42 yards in Sunday's 28-14 loss to the Steelers in Week 18.

Hunt, who returned to Sunday's game after being evaluated for a head injury, finished with four carries for 13 yards and caught three of four targets for 15 yards in a 28-14 loss to Pittsburgh in Week 18.

Njoku recorded four receptions on five targets for 42 yards and a touchdown in Sunday's 28-14 loss to the Steelers.

Watson completed 19 of 29 passes for 230 yards, two touchdowns and two interceptions in Sunday's 28-14 loss to Pittsburgh. He added six rushes for 44 yards.

Chubb rushed the ball 12 times for 77 yards in Sunday's 28-14 loss to the Steelers. He added five receptions on six targets for 45 yards and a touchdown.