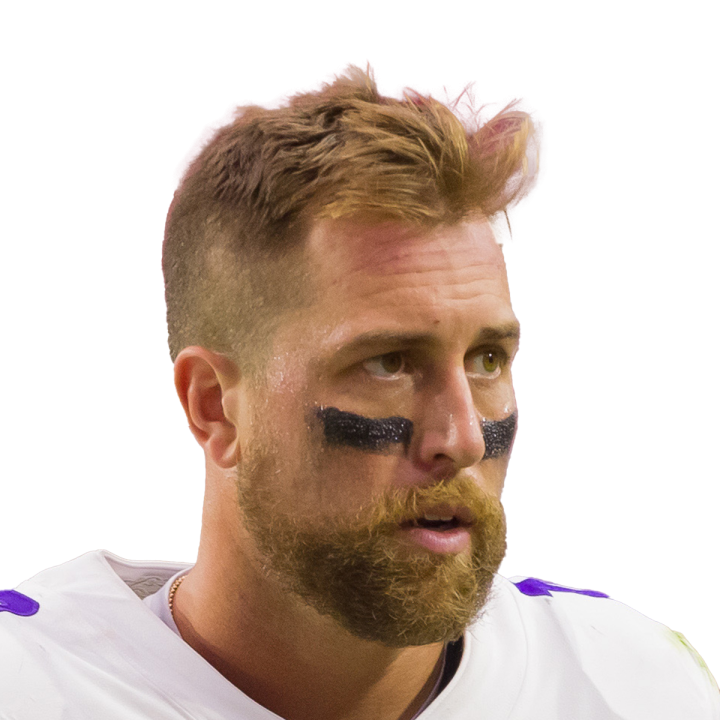 Thielen reeled in two of six targets for 27 yards during Sunday's 27-22 win against the Jets.

After tallying at least three catches and 30 receiving yards in eight of the Vikings' first nine games of the season, Thielen has fallen short of both thresholds in two of the last three, with the exception a 9-61-1 line on 10 targets during a Thanksgiving Day win versus the Patriots. His snap share (86 percent) was in line with the rest of his outings this season, but the fact he's in an offense with one of the league's top wide receivers in Justin Jefferson appears to have relegated the 32-year-old to TD-dependent status at this point in his career.

Thielen had three receptions (four targets) for 50 yards in Sunday's 31-24 wild-card round loss to the Giants.

Cook rushed 15 times for 60 yards and caught six of seven targets for 10 yards in Sunday's 31-24 playoff loss to the Giants.

Jefferson corralled seven of nine targets for 47 yards in Sunday's 31-24 playoff loss to the Giants.

Cousins completed 31 of 39 pass attempts for 273 yards and two touchdowns in Sunday's 31-24 wild-card round loss to the Giants. He also punched in a one-yard touchdown on his lone rushing attempt.

Thielen logged two receptions (on three targets) for eight yards and one touchdown during Sunday's 29-13 win versus the Bears.

Three catches in return from injury

Smith gathered in all three targets for 14 yards during Sunday's 29-13 win over Chicago.

One catch before rested

Hockenson caught his only target for 16 yards during Sunday's 29-13 victory versus Chicago.

Osborn caught five of six targets for 117 yards in Sunday's 29-13 win over the Bears.

Mattison rushed 10 times for 54 yards and two touchdowns in Sunday's 29-13 win over the Bears.