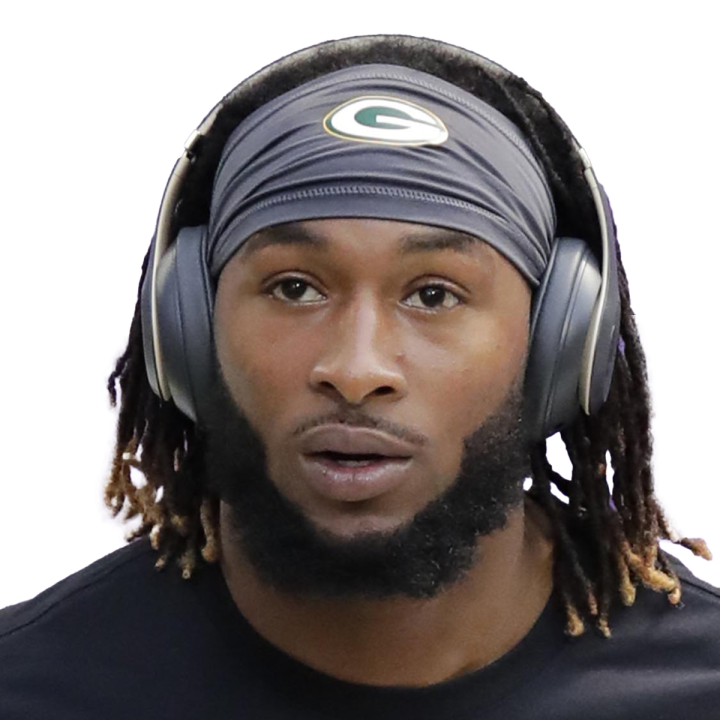 Jones (shin/glute) doesn't have an injury designation for Sunday's game in Chicago, Tom Silverstein of the Milwaukee Journal Sentinel reports.

Neither does backfield mate AJ Dillon, who was also a limited practice participant throughout the week (with a quad injury). It's a good matchup for both against a Bears defense that lost its two best front seven players in trades earlier this season, and the Packers could favor the run more than usual with QB Aaron Rodgers (ribs/thumb) seemingly more banged up than his running backs. Rodgers also avoided a game designation, but he did mention earlier this week that he'd try to keep an open mind if the Packers fall out of the playoff hunt and want to give Jordan Love a start or two late in the season. For now, it'll be Rodgers and Jones leading the way as the Packers desperately cling to their fading wild-card hopes.

General Manager Brian Gutekunst said Friday he expects Jones to be on the Packers during the 2023 season, but he didn't rule out a contract restructure to reduce the running back's contract, Tom Silverstein of the Milwaukee Journal Sentinel reports.

Tonyan caught all three of his targets for 29 yards in Sunday's 20-16 loss to the Lions.

Dillon rushed nine times for 33 yards and failed to reel in any of his three targets in Sunday's 20-16 loss to the Lions.

Lazard had four receptions (six targets) for 41 yards and a touchdown in Sunday's 20-16 loss to Detroit. He rushed twice for no gain.

Struggles in last game of season

Jones (knee/ankle) rushed 12 times for 48 yards and a fumble lost while catching three of four targets for 20 yards in Sunday's 20-16 loss to the Lions.

Rodgers completed 17 of 27 pass attempts for 205 yards, one touchdown and one interception in Sunday's 20-16 loss to Detroit.

Watson (hip) corralled five of six targets for 104 yards and rushed twice for 12 yards in Sunday's 20-16 loss to the Lions.

Deguara (calf) is listed as active Sunday against the Lions, Mike Spofford of the Packers' official site reports.