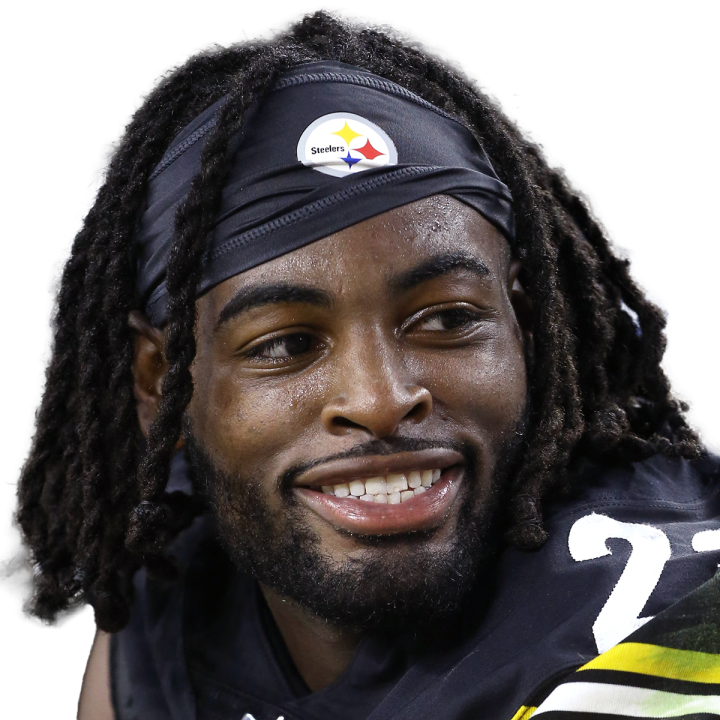 Harris (oblique) doesn't carry an injury designation for Sunday's game against the Falcons after returning to a limited practice Friday, Teresa Varley of the Steelers' official site reports.

"I'll play," said Harris, who suffered an oblique injury against the Colts this past Monday. "I felt good. First day doing stuff. Just getting back to the movements and moving around. It felt good. Rest will help. That is what I was doing the past two days and letting it heal itself a little bit." Harris is thus slated to lead the Steelers' rushing attack this weekend and assuming no in-game setbacks, he should log enough volume to maintain fantasy utility in Week 13. Meanwhile, Harris' top backup Jaylen Warren, who was inactive versus Indianapolis, is listed as questionable after practicing fully this week and Benny Snell (knee, full practice Friday) is good to go versus Atlanta.

Trubisky appeared in seven games during the 2022 season and completed 65.0 percent of his pass attempts for 1,252 yards, four touchdowns and five interceptions while rushing 19 times for 38 yards and two touchdowns.

Warren rushed six times for 36 yards while securing three of four targets for seven yards during the Steelers' 28-14 win over Cleveland on Sunday.

Freiermuth suffered a knee sprain during Sunday's 28-14 win over the Browns, Mark Kaboly of The Athletic reports.

Pickett completed 13 of 29 passes for 195 yards, one touchdown and no interceptions in Sunday's 28-14 win over the Browns.

Pickens recorded three receptions on six targets for 72 yards and a touchdown in Sunday's 28-14 win over the Browns.

Johnson recorded two catches on 10 targets for 38 yards in Sunday's 28-14 win over the Browns.

Harris carried the ball 23 times for 84 yards and a touchdown in Sunday's 28-14 win over the Browns. He added one catch for 10 yards.

Freiermuth was forced out of Sunday's game against the Browns with a left knee injury, Brooke Pryor of ESPN.com reports.

Fitzpatrick (ankle) is listed as questionable for Sunday's game against the Browns.

Returns to field with full practice