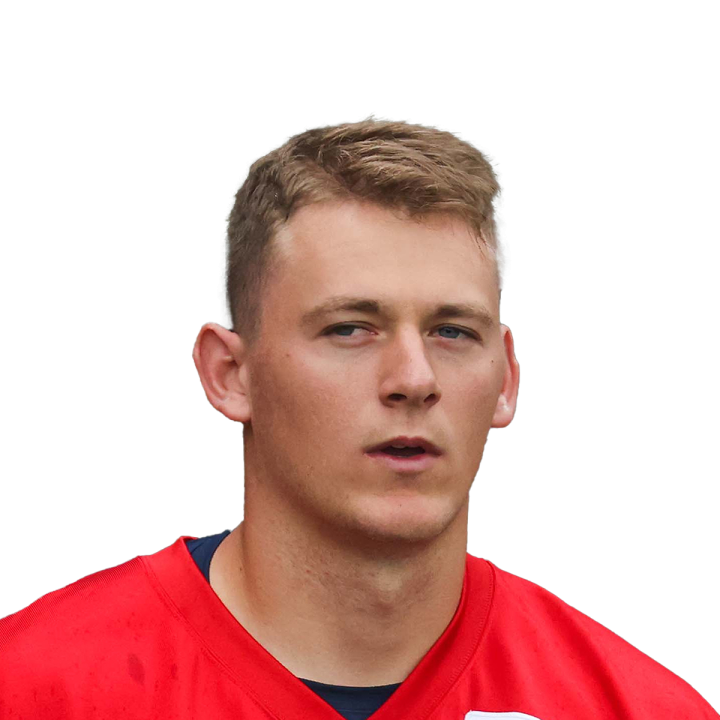 Jones fell short of the 200-yard mark for the third time in the last five games on a night that was critical to the Patriots' playoff hopes. The second-year signal-caller did extend his interception-less streak to four contests, but after some modest early success. New England failed to garner any points on six consecutive possessions until a 17-play, 57-yard march in the fourth quarter after the Pats were already down 17 points. What's more, that march ended in a meaningless field goal when Jones threw three incompletions and took a sack on the last four plays after getting down to the Bills' 15-yard line. Jones' play and that of the entire offense will undoubtedly be the subject of plenty of scrutiny going into a Week 14 road interconference clash against the Cardinals on Monday night, Dec. 12.

Set to be UFA after six-TD season

Meyers (shoulder) caught three of seven targets for 32 yards and a touchdown in Sunday's 35-23 loss to the Bills.

Parker had six catches for 79 yards and two touchdowns on seven targets in Sunday's 35-23 loss to the Bills.

Set to be UFA after Week 18 loss

Harris rushed 13 times for 48 yards and caught one of four targets for four yards in Sunday's 35-23 loss to the Bills.

Stevenson rushed six times for 54 yards and caught five of six targets for 28 yards in Sunday's 35-23 loss to the Bills.

Season over after Week 18 loss

Jones completed 26 of 40 passes for 243 yards, three touchdowns and three interceptions in Sunday's 35-23 loss to the Bills. He added five yards on four rushing attempts.

Meyers (shoulder) is listed as active for Sunday's game against the Bills.

Downgraded, will not play

Smith (concussion) was downgraded and will not play Sunday against the Bills.

Smith (concussion) is listed as questionable for Sunday's game against the Bills after practicing in a limited fashion Thursday and Friday, Evan Lazar of the Patriots' official site reports.