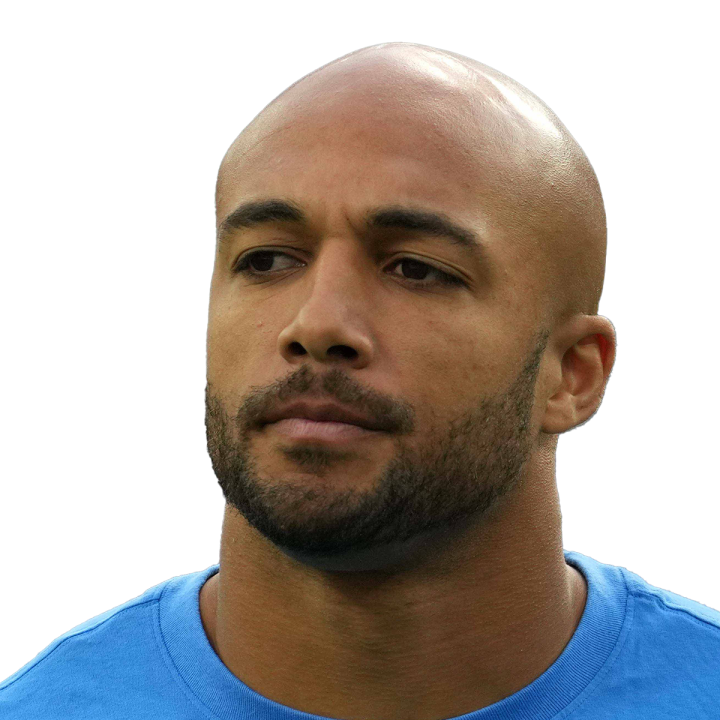 Ekeler recorded five rushes for 20 yards in Sunday's 25-24 win over Arizona. He added 11 receptions on 15 targets for 60 yards and a touchdown.

Ekeler was bottled up on the ground, with Justin Herbert serving as the team's leading rusher. However, Ekeler managed to make up for it through volume as a pass catcher by matching his season high in targets while recording his third game with 10 or more receptions. The highlight of his performance came with 15 seconds left in the game when he caught a one-yard touchdown that set up the game-winning two-point conversion. Though it's impossible to complain about Ekeler's production through 11 games this season, he has failed to reach 100 total yards in three of his last four matchups.

Herbert underwent surgery to repair the labrum in his left shoulder Wednesday, but the team expects him to be cleared for the Chargers' offseason program, Ian Rapoport of NFL Network reports.

Palmer recorded two receptions on six targets for 31 yards in Saturday's 31-30 wild-card round loss to the Jaguars.

Steps up in playoff loss

Everett recorded six receptions on eight targets for 109 yards and a touchdown in Saturday's 31-30 wild-card round loss to the Jaguars.

Allen recorded six receptions on 13 targets for 61 yards in Saturday's 31-30 wild-card round loss to the Jaguars.

One touchdown in playoff loss

Herbert completed 25 of 43 passes for 273 yards, one touchdown and zero interceptions in Saturday's 31-30 wild-card round loss to the Jaguars. He added three rushes for 12 yards.

Ekeler rushed the ball 13 times for 35 yards and two touchdowns in Saturday's 31-30 wild-card round loss to the Jaguars. He added two receptions for eight yards.

Has chance to play in second round

Williams (back), who won't play in Saturday's wild-card game at Jacksonville, has "an outside shot" to return in the divisional round if the Chargers advance in the postseason, Ian Rapoport of NFL Network reports.

Could benefit from Williams absence

Fellow wide receiver Mike Williams (back) has been ruled out for Saturday's playoff game against the Jaguars, which could lead to more opportunities for Carter.

Further tests have revealed that Williams suffered a small non-surgical fracture in his back and the wideout is now expected to miss two-to-three weeks, per Lindsey Thiry of ESPN.com.