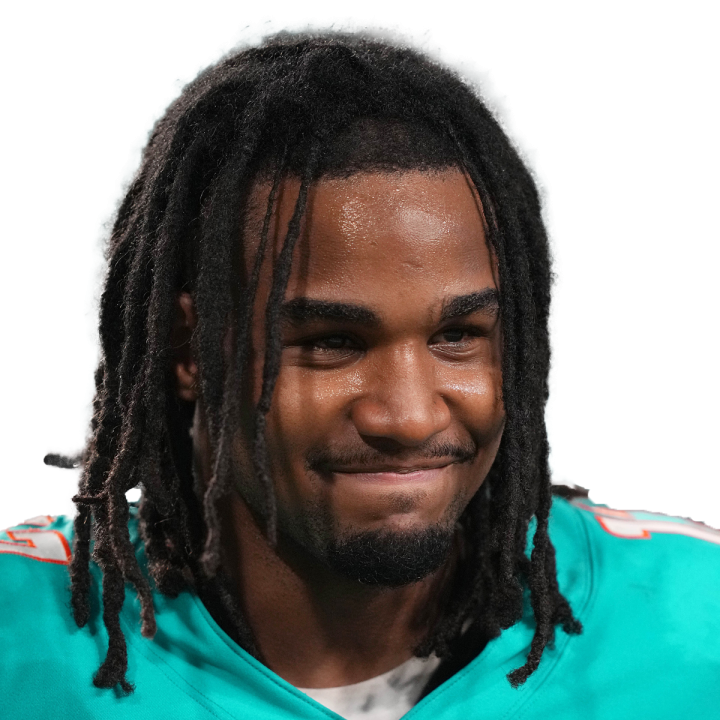 Another productive day in win

Waddle secured five of 10 targets for 85 yards in the Dolphins' 30-15 win over the Texans on Sunday.

After the Dolphins jumped out to a 30-0 halftime lead, Miami's offensive starters all eventually made an early exit from the contest. However, Waddle drew even with position mate Tyreek Hill for the team lead in receiving yards, checked in second in receptions to his fellow speedster and paced the Dolphins in targets. Waddle has no fewer than 66 receiving yards in any game since Week 5, a streak he'll try to extend in a Week 13 road showdown against the 49ers.