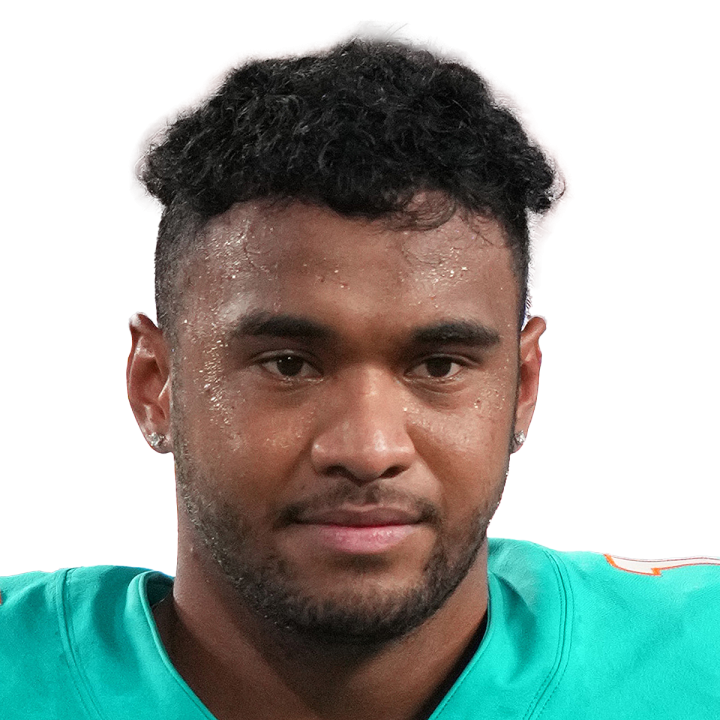 Tagovailoa completed 22 of 36 passes for 299 yards with one touchdown and no interceptions in the Dolphins' 30-15 win over the Texans on Sunday.

Tagovailoa helped the Dolphins to points in five of their six first-half possessions, leading to a 30-0 lead that eventually facilitated an early exit for the star quarterback. While he was on the field, Tagovailoa did an exemplary job of distributing the ball, hitting nine different pass catchers for completions overall, including reserve tight end Durham Smythe for his one touchdown pass. The 2020 first-round pick's three-game streak of multi-touchdown efforts was snapped, but he'll take the surging Dolphins into a Week 13 road showdown against the 49ers with an elite 19:3 TD:INT and no less than 261 passing yards in any of his last five contests.