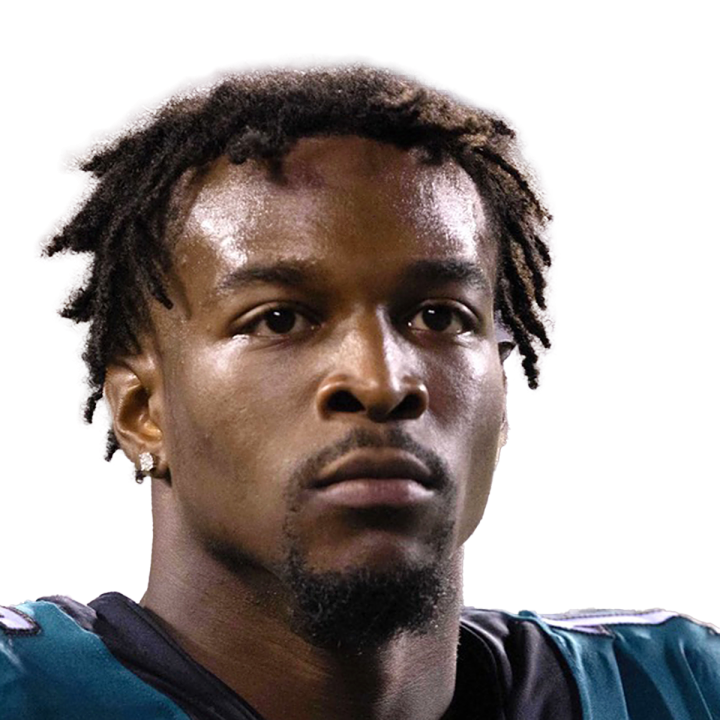 Watkins is the Eagles' No. 3 wide receiver behind A.J. Brown and DeVonta Smith, but Palmer posits that he's a more likely candidate to help fill Goedert's vacated target volume than the three players Philadelphia has available at tight end (Jack Stoll, Grant Calcaterra and Tyree Jackson). In the Week 11 win over the Colts, the tight end trio combined for one target across 67 offensive snaps in a game that quarterback Jalen Hurts tied his season low with just 25 pass attempts. Hurts' lack of pass attempts didn't bring much volume for Watkins either, but the young wideout at least secured both of his targets and gained 31 yards, including a key 22-yard touchdown grab in the fourth quarter. Brown and Smith are still expected to rank far and away as the Eagles' top receiving threats while Goedert is on injured reserve, but Watkins looks as though he'll be the clear No. 3 option in the passing game for the time being and should have a higher floor in fantasy as a result.

Smith caught two of three targets for a team-high 36 yards in Sunday's 31-7 win over the 49ers in the NFC Championship Game.

Brown caught four of eight targets for 28 yards in Sunday's 31-7 win over the 49ers in the NFC Championship Game.

Goedert caught five of six targets for 23 yards in Sunday's 31-7 win over the 49ers in the NFC Championship Game.

Sanders carried the ball 11 times for 42 yards and two touchdowns and caught his only target for three yards in Sunday's 31-7 win over the 49ers.

Hurts completed 15 of 25 passes for 121 yards and added 39 rushing yards and a touchdown on 11 carries in Sunday's 31-7 win over the 49ers in the NFC Championship Game.

Brown (hip) isn't listed on the Eagles' first injury report ahead of Sunday's NFC Championship Game against the 49ers.

Brown tweaked his left hip in Saturday's 38-7 win over the Giants in the divisional round, but he told the Eagles training and coaching staffs that he'll be fine moving forward, Jeff McLane of The Philadelphia Inquirer reports.

Breaks out in divisional-round win

Gainwell rushed 12 times for 112 yards and a touchdown and brought in one of two targets for nine yards in the Eagles' 38-7 divisional-round win over the Giants on Saturday night.

Goedert secured all five targets for 58 yards and a touchdown in the Eagles' 38-7 divisional-round win over the Giants on Saturday night.

Sanders rushed 17 times for 90 yards in the Eagles' 38-7 divisional-round win over the Giants on Saturday night.