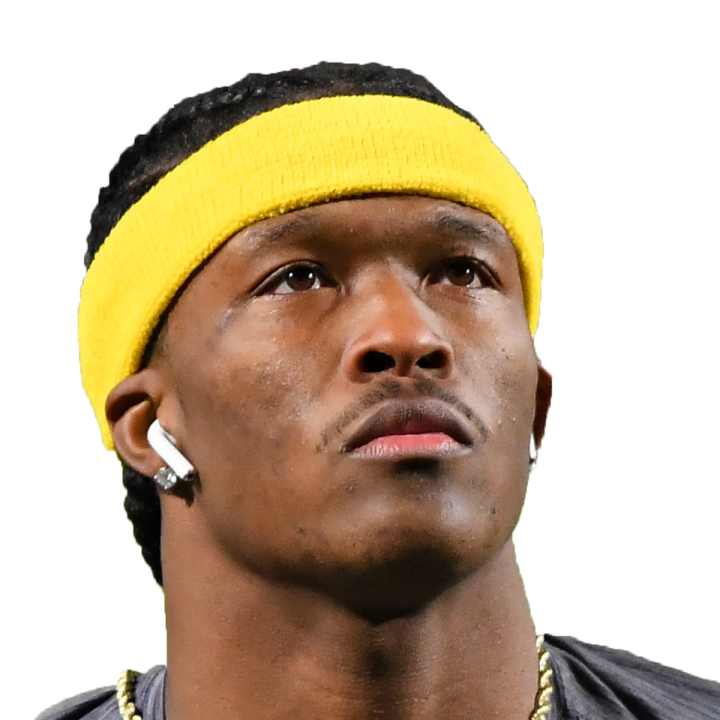 No catches in MNF win

McCloud failed to catch his lone target in Monday's 38-10 win over the Cardinals.

McCloud logged seven snaps on offense (14 percent) while serving his usual role as the team's primary kick returner. The veteran wideout was coming off of a nice three-game stretch where he averaged 36.3 receiving yards and scored one touchdown before Monday's zero. McCloud's minimal role on offense makes him a fantasy afterthought heading into a Week 12 matchup against the Saints on Sunday.

Samuel (quadriceps) doesn't have an injury designation for Sunday's game against the Buccaneers, Nick Wagoner of ESPN.com reports.

Iffy for Sunday with sore hammy

The 49ers list Bosa as questionable for Sunday's game against the Buccaneers with a sore hamstring, Matt Barrows of The Athletic reports.

Won't be placed on IR

Head coach Kyle Shanahan confirmed Monday that Purdy will take over as the 49ers' starting quarterback beginning with Sunday's game against the Buccaneers after Jimmy Garoppolo suffered a fractured foot in the team's Week 13 win over the Dolphins, Cam Inman of The San Jose Mercury News reports.

McCaffrey was limited in practice Wednesday due to a knee injury, Eric Branch of the San Francisco Chronicle reports.

Unlikely to return for playoffs