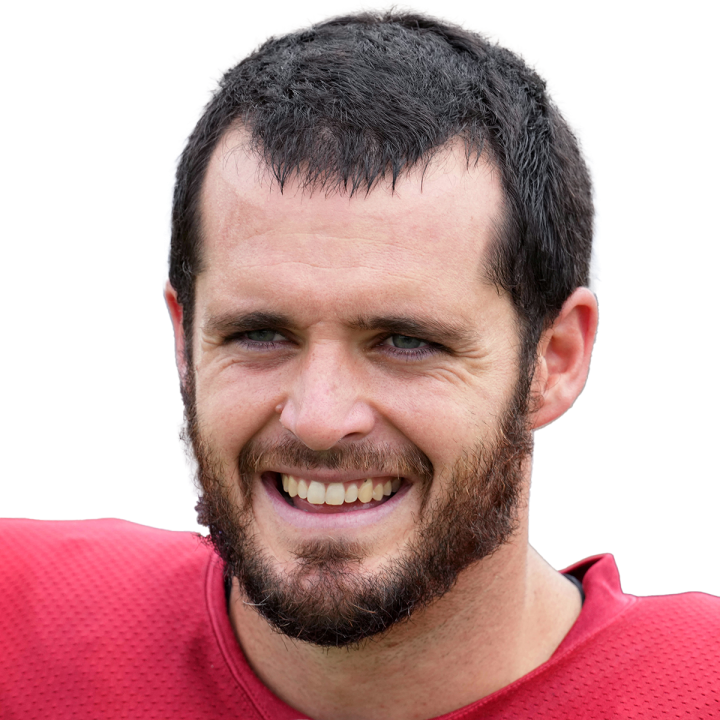 Dices up Denver in win

Carr completed 23 of 37 passes for 307 yards, two touchdowns and no interceptions in Sunday's 22-16 win over the Broncos.

Carr continued to attempt throws at a high volume, as he has now taken to the air at least 36 times in each of his last three games. However, he posted one of his more efficient performances in Sunday's win, highlighted by touchdown throws of 35 and 31 yards to Davante Adams. Carr also managed to top 300 passing yards for the second time this season, powered by a campaign-best seven completions of 20 yards or more. Overall, he's thrown for multiple touchdowns and a minimum of 248 yards in each of the last three weeks.

Jacobs (quadriceps/calf) is listed as active for Thursday night's game against the Rams, Tashan Reed of The Athletic reports.

On track to play Thursday

Jacobs (quadriceps/calf), who is listed as questionable for Thursday's game against the Rams, is expected to play, Tom Pelissero of NFL Network reports.

Abdullah (hamstring) doesn't have an injury designation for Thursday's game against the Rams, Anthony Galaviz of The Fresno Bee reports.

Jacobs (quadriceps) is listed as questionable for Thursday's game against the Rams, Anthony Galaviz of The Fresno Bee reports.

Jacobs (quadriceps) was again listed as a limited participant on Tuesday's estimated practice-report, Jourdan Rodrigue of The Athletic reports.

May return in Week 15

Waller (hamstring) told Paul Gutierrez of ESPN.com on Tuesday that he's "on track" to be activated from injured reserve next week and perhaps suit up for Week 15 against the Patriots.

Listed as limited on estimate

Moreau caught one of three targets for 32 yards in Sunday's 27-20 win over the Chargers.

Hollins caught five of nine targets for 35 yards in Sunday's 27-20 win over the Chargers.