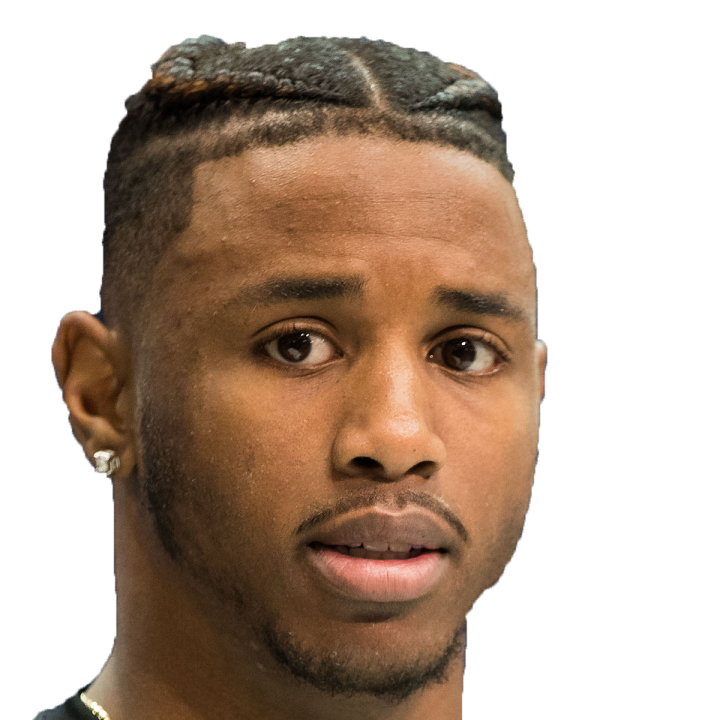 Peoples-Jones brought in five of six targets for 61 yards and a touchdown in the Browns' 31-23 loss to the Bills on Sunday.

Peoples-Jones checked in second in receptions and receiving yards on the afternoon for the Browns in another productive day in conjunction with Jacoby Brissett. He's logged seven consecutive games with at least 50 yards. The speedy wideout also recorded his first touchdown of the campaign when he brought in a two-yard scoring grab with 19 seconds remaining. Peoples-Jones has already generated a career-high 40 receptions and is just 21 yards short of his high-water mark of 597 yards while working with Brissett over his first nine games, and he'll have one more opportunity to do so in Week 12 versus the Buccaneers before Deshaun Watson (suspension) takes over in Week 13.

Njoku (ankle/knee) doesn't carry an injury designation into Sunday's game against the Buccaneers, Zac Jackson of The Athletic reports.

Njoku won't practice Wednesday due to ankle and knee injuries, Zac Jackson of The Athletic reports.

Bell caught four of five targets for 22 yards in Sunday's 31-23 loss to Buffalo.

Felton was a healthy inactive for Week 11 against Buffalo.

Used on special teams only

Johnson did not play on offense during Sunday's 31-23 loss to Buffalo.

Hunt carried five times for 32 yards and caught both of his targets for 22 yards in Sunday's 31-23 loss to the Bills.

Bryant caught four of seven targets for 41 yards in Sunday's 31-23 loss to the Bills.

Pair of grabs in return

Njoku (ankle) secured two of three targets for 17 yards in the Browns' 31-23 loss to the Bills on Sunday.