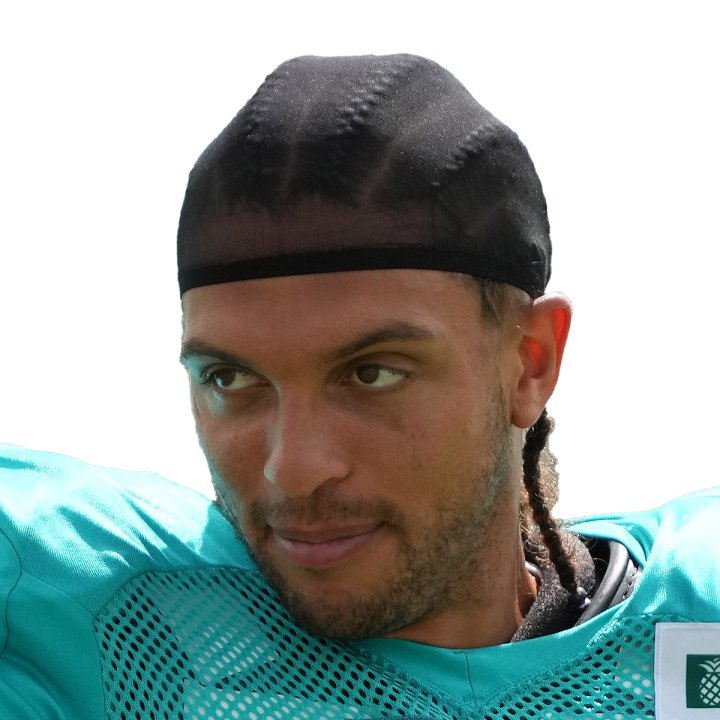 After a career-best performance last week, Hollins crashed back to earth in this one, but with Derek Carr managing only 188 passing yards, there wasn't much production to go around for anyone not named Davante Adams. Hollins' role and target volume could be dependent on how quickly Hunter Renfrow (concussion) returns to action, but the entire Las Vegas passing game will probably need to make a much bigger impact in Week 5 against Patrick Mahomes and Kansas City.

Hollins brought in two of four targets for 22 yards and rushed three times for 40 yards in the Raiders' 17-16 loss to the Rams on Thursday night.

Carr completed 11 of 20 passes for 137 yards with no touchdowns and two interceptions in the Raiders' 17-16 loss to the Rams on Thursday night. He also rushed four times for 11 yards.

Adams secured three of seven targets for 71 yards in the Raiders' 17-16 loss to the Rams on Thursday night.

Another hefty workload in loss

Jacobs rushed 27 times for 99 yards and a touchdown while securing both targets for 15 yards in the Raiders' 17-16 loss to the Rams on Thursday night.

Jacobs is questionable to return to Thursday's game against the Rams due to a hand injury.

Jacobs (quadriceps/calf) is listed as active for Thursday night's game against the Rams, Tashan Reed of The Athletic reports.

On track to play Thursday

Jacobs (quadriceps/calf), who is listed as questionable for Thursday's game against the Rams, is expected to play, Tom Pelissero of NFL Network reports.

Abdullah (hamstring) doesn't have an injury designation for Thursday's game against the Rams, Anthony Galaviz of The Fresno Bee reports.

Jacobs (quadriceps) is listed as questionable for Thursday's game against the Rams, Anthony Galaviz of The Fresno Bee reports.