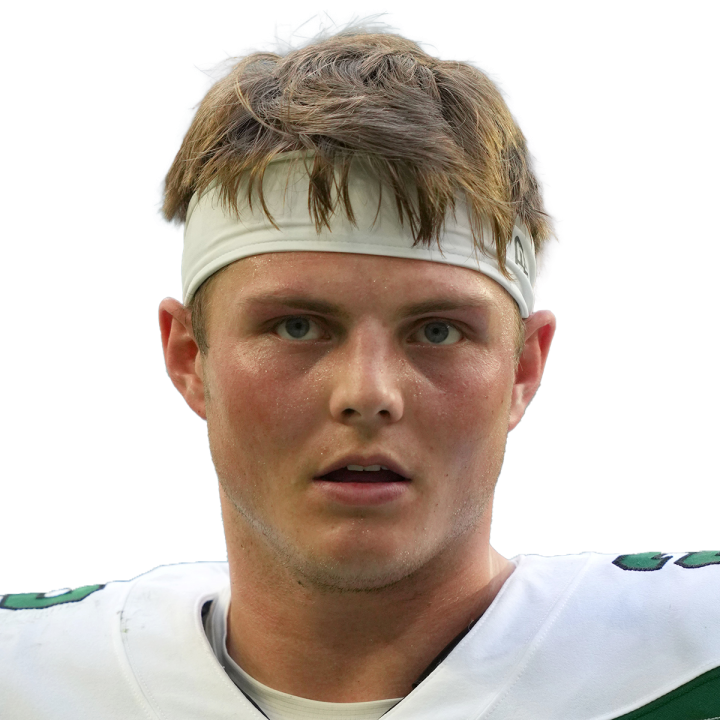 Wilson completed 18 of 36 passes for 252 yards, one touchdown and two interceptions in Sunday's 24-20 win over Pittsburgh. He added 15 rushing yards on two attempts and a two-yard touchdown catch.

Just as we all predicted, Wilson caught a touchdown before throwing one, as he secured a two-yard touchdown pass from Braxton Berrios on a trick play to give New York a 10-0 lead in the second quarter. Wilson cost the Jets a chance at points just before halftime, though, as he threw a third-down interception with New York in field-goal range. His third-quarter interception set up a go-ahead Steelers touchdown , but Wilson made amends with a five-yard touchdown pass to Corey Davis in the fourth to cut the Jets' deficit to 20-17. Wilson then led a game-winning drive capped by a Breece Hall rushing touchdown in the final minute. The second-year quarterback would like to cut down on the errors moving forward, but the win will give him and the Jets some momentum heading into a Week 5 home game against the Dolphins.