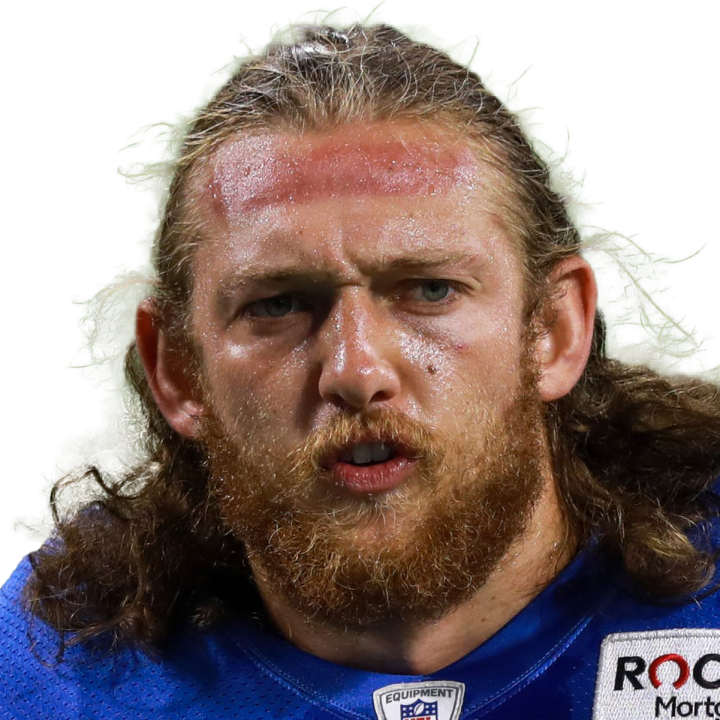 Hockenson secured eight of 12 targets for 179 yards and two touchdowns while also recording a two-point conversion pass in the Lions' 48-45 loss to the Seahawks on Sunday.

With the Lions down valued short-to-mid-range assets D'Andre Swift (shoulder) and Amon-Ra St. Brown (ankle), along with DJ Chark (ankle), Hockenson unsurprisingly logged a season high in targets. However, it's what he managed to do with them that stood out, especially considering the talented tight end hadn't topped four receptions or 38 yards in any of the first three games of the season. Hockenson got loose for a 32-yard score in the first quarter, then added the two-point conversion grab early in the fourth following a Josh Reynolds TD and made his final trip to the end zone on a four-yard touchdown catch with 5:26 remaining. The 2019 first-round pick also had a game-long 81-yard catch and run in the second half, making it a career-best day overall. Hockenson will aim to carry over some of the massive Week 4 momentum into a Week 5 road battle against the Patriots, although if even just St. Brown returns, the former's target volume could certainly take a hit.

Hockenson brought in five of six targets for 43 yards and a touchdown in the Vikings' 33-26 win over the Patriots on Thursday night.

Thielen secured nine of 10 targets for 61 yards and a touchdown in the Vikings' 33-26 win over the Patriots on Thursday night.

Bottled up in Week 12 win

Cook rushed 22 times for 42 yards and brought in four of five targets for 14 yards in the Vikings' 33-26 win over the Patriots on Thursday night.

Cousins completed 30 of 37 passes for 299 yards with three touchdowns and one interception in the Vikings' 33-26 win over the Patriots on Thursday night. He also netted minus-1 yard on one rush attempt.

Bounces back in Week 12 win

Jefferson secured nine of 11 targets for 139 yards and a touchdown in the Vikings' 33-26 win over the Patriots on Thursday night. He also completed his only pass attempt for 11 yards.

Osborn caught two of three targets for 17 yards in Sunday's 40-3 loss to the Cowboys.

Mattison rushed twice for no gain and caught his only target for eight yards in Sunday's 40-3 loss to the Cowboys.

Thielen had two receptions (three targets) for 25 yards in Sunday's 40-3 loss to the Cowboys.

Cousins completed just 12 of 23 pass attempts for 105 yards while losing a fumble in Sunday's 40-3 blowout loss to Dallas.

Hockenson caught five of nine targets for 34 yards in Sunday's 40-3 blowout loss to the Cowboys.