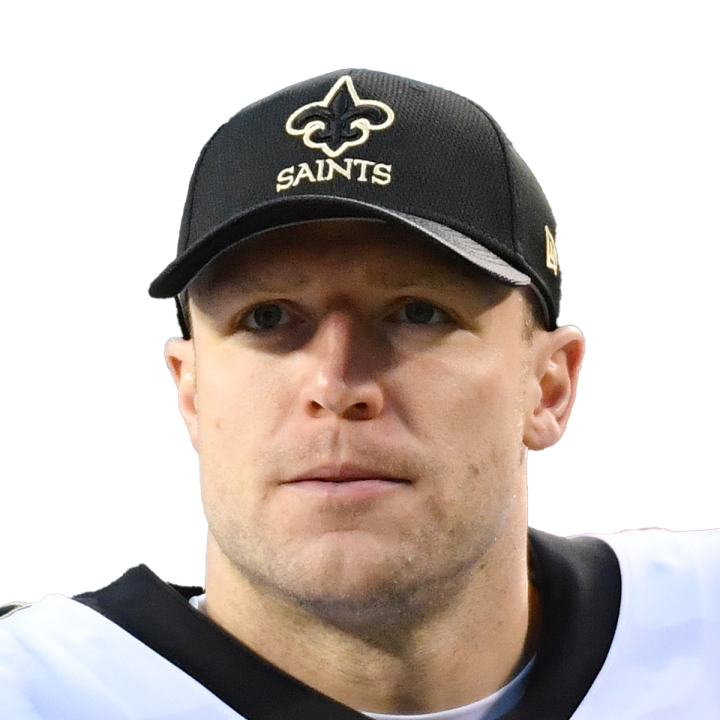 Hill missed Week 3 due to a rib issue and was limited in practices Wednesday and Thursday, but he was a full participant Friday and doesn't have an injury designation for Week 4. During his limited sessions, Hill was mixed in as the second-string quarterback, while Dalton handled the first-team reps. Dalton would be the primary signal-caller if Winston indeed is ruled out, but the versatile Hill, along with his usual special-teams duties and occasional snaps at tight end, may have a few designed plays at quarterback as well.

Johnson did not haul in either of his two targets during Sunday's 13-0 loss to the 49ers.

Trautman reeled in his only target for 17 yards during Sunday's 13-0 loss versus San Francisco.

Shaheed had two receptions on three targets for 53 yards during Sunday's 13-0 loss to San Francisco. He also added a six-yard run.

Landry had two receptions on four targets for 20 yards during Sunday's 13-0 loss to the 49ers.

Hill rushed six times for 13 yards, caught one pass for seven yards and failed to complete his lone pass attempt in Sunday's 13-0 loss to San Francisco.

Coughs up ball twice against SF

Kamara was limited to 13 rushing yards on seven carries and 37 receiving yards on six receptions (seven targets) Sunday. He also lost two fumbles in a 13-0 loss to San Francisco.

Ingram (knee) is active for Sunday's Week 12 clash against the 49ers.

Likely to miss another game

Lattimore (kidney), who is listed as questionable for Sunday's game against the 49ers, isn't expected to play, Ian Rapoport of NFL Network reports.