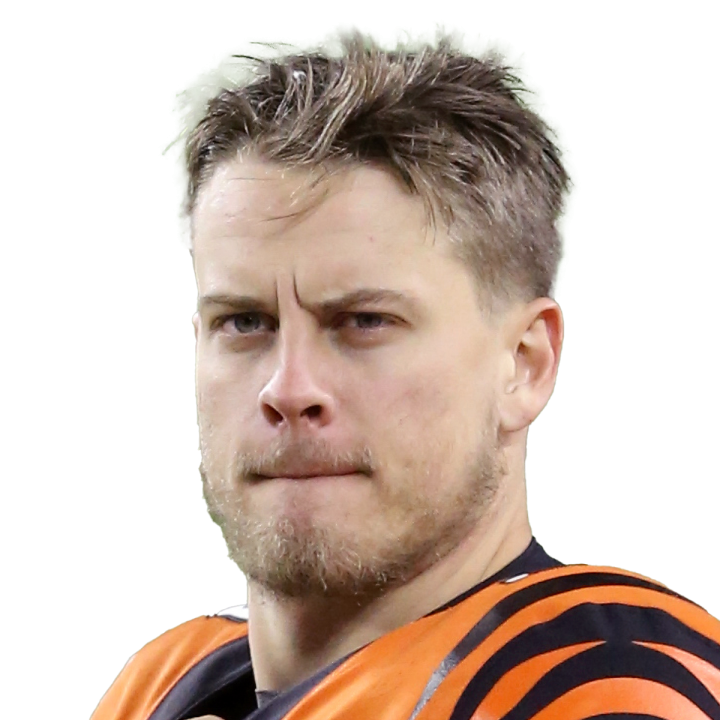 Burrow completed 20 of 31 passes for 287 yards with two touchdowns and no interceptions in the Bengals' 27-15 win over the Dolphins on Thursday night. He also rushed five times for six yards.

Burrow had the benefit of improved pass protection for the second time in four days, and his final line is a byproduct of the extra time he had to scan the field. Burrow averaged an impressive 9.3 yards per attempt and was only sacked once, finishing with a quarterback rating of 115.9 for the night. The third-year signal-caller's most prolific connection was with Tee Higgins, who recorded seven receptions for 124 yards and a 59-yard touchdown grab down the left sideline in the second quarter. Burrow closed out his strong night with a two-yard scoring toss to Hayden Hurst with 1:52 remaining to seal the win, and he'll now get some extra down time before an AFC North road showdown against the Ravens a week from Sunday.