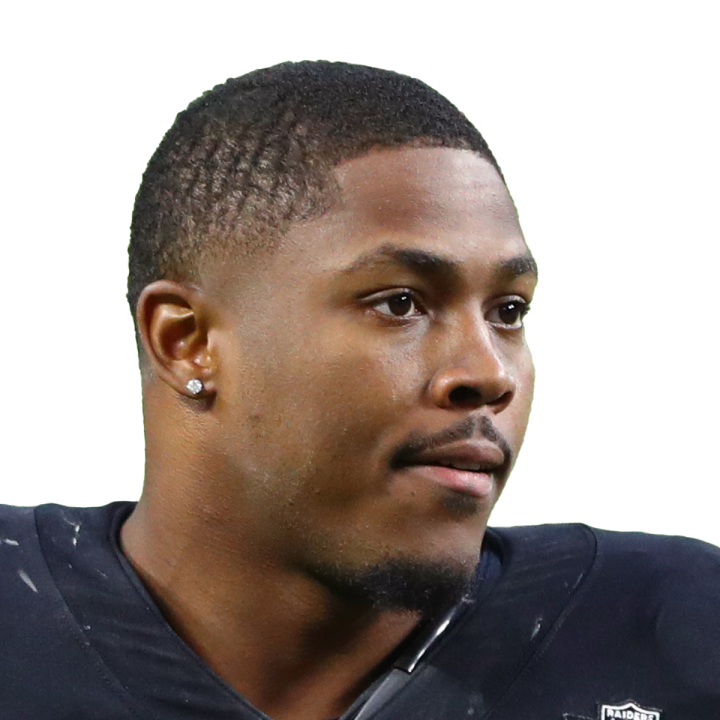 Jacobs carried the ball 13 times for 66 yards in Sunday's 24-22 win over the Titans. He added five receptions for 31 yards.

Jacobs appeared doubtful for this contest after he didn't make the original trip with the team. However, he was active for the game and dominated opportunities out of the Las Vegas backfield. He was efficient with his opportunity on the ground and also tied for second on the team with five receptions. The only thing missing was a trip to the end zone, though he got no work near the goal line. His production hasn't been spectacular to begin the season, but Jacobs has topped 70 total yards in each of his three games.

Jacobs (calf) is listed as questionable for Sunday's game against the Changers after practicing in a limited fashion this week, Rachel Gossen of the Raiders' official site reports.

Coach Josh McDaniel said Wednesday that Renfrow (oblique) is "getting close" but won't necessarily be available when first eligible Week 14 against the Rams, Paul Gutierrez of ESPN.com reports.

May not be ready for Week 14 return

Waller (hamstring) is eligible to return from injured reserve for the Raiders' Week 14 game against the Rams, but head coach Josh McDaniels suggested Wednesday that the tight end may not be cleared to play by then, Paul Gutierrez of ESPN.com reports.

Jacobs aggravated a calf strain late in Sunday's 40-34 overtime win over the Seahawks and isn't expected to practice much over the next few days, clouding his status for the Raiders' Week 13 game against the Chargers, Tom Pelissero of NFL Network reports.

Cole caught two passes on as many targets for 12 yards in Sunday's 40-34 overtime win over the Seahawks. He also returned three punts for 11 yards.

Abdullah rushed for 16 yards on three carries and caught all three of his targets for 39 yards and a touchdown in Sunday's 40-34 overtime win over the Seahawks. He also returned three kickoffs for 73 yards.

Moreau caught three of seven targets for 33 yards and a touchdown in Sunday's 40-34 overtime win over the Seahawks.

Hollins caught four of five targets for 63 yards and a touchdown in Sunday's 40-34 overtime win over the Seahawks.