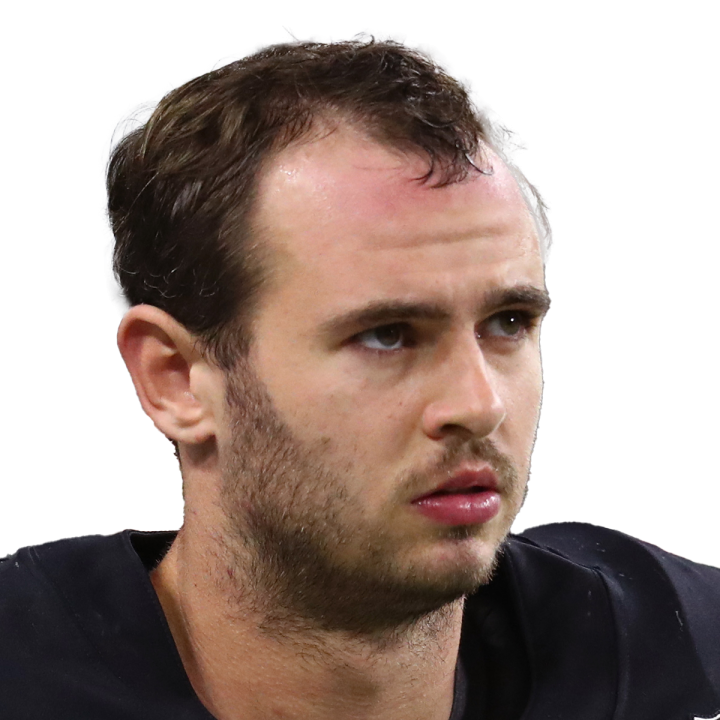 Renfrow absorbed a big hit that precipitated the game-ending fumble return for a touchdown this past Sunday against the Cardinals. As part of the aftermath, he entered the protocol for head injuries and has yet to practice this week, likely indicating an absence is in his future Sunday in Tennessee. The Raiders may confirm as much when they release Friday's practice report, and if Renfrow is sidelined this weekend, Mack Hollins, Tyron Johnson and Keelan Cole would be in line for additional targets behind top wide receiver Davante Adams.

Moreau caught three passes for 44 yards on five targets in Sunday's 24-22 loss to the Titans.

Hollins recorded eight receptions on 10 targets for 158 yards and a touchdown in Sunday's 24-22 loss to the Titans.

Carr completed 26 of 44 passes for 303 yards, two touchdowns and one interception in Sunday's 24-22 loss to the Titans.

Jacobs carried the ball 13 times for 66 yards in Sunday's 24-22 win over the Titans. He added five receptions for 31 yards.

Waller recorded three receptions on five targets for 22 yards in Sunday's 24-22 loss to the Titans.