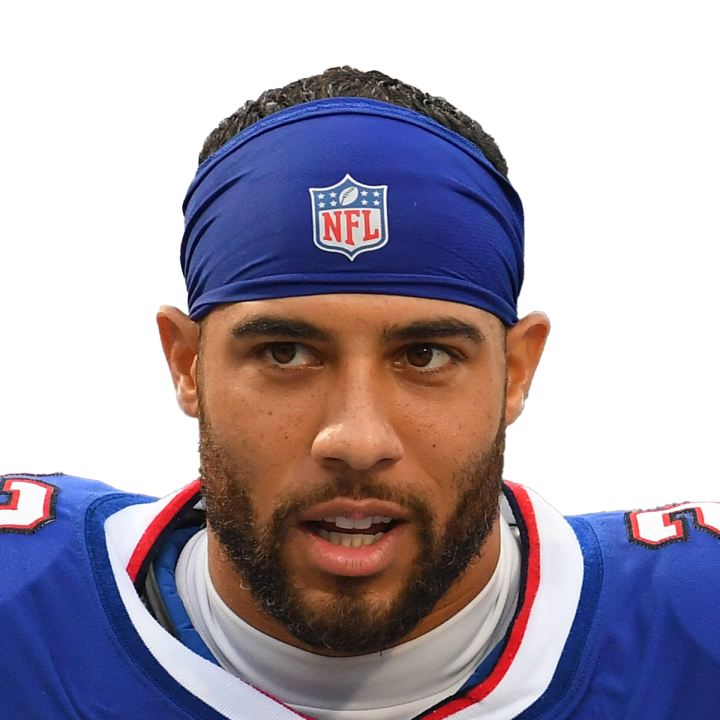 Hyde didn't practice Wednesday or Thursday, so it's not surprising to see him ruled out. Jordan Poyer (foot) also could end up sitting out Week 3 after missing Thursday's practice, so Jaquan Johnson and Damar Hamlin are both on deck for increased roles against Miami's new-look passing attack that diced up Baltimore's secondary Week 2.

Knox (back) practiced on a limited basis Friday and is listed as questionable for Sunday's game in Baltimore.

Davis (ankle) practiced on a limited basis Friday and is listed as questionable for Sunday's 1:00 p.m. ET game in Baltimore.

Davis (ankle) was present for Friday's practice, Joe Buscaglia of The Athletic reports.

Good to go for Week 4

Diggs isn't listed on the injury report ahead of Sunday's game in Baltimore.

Knox (foot) will be a limited participant at practice Wednesday, Chris Brown of the Bills' official site reports.

Allen is only experiencing soreness after suffering a minor injury to his throwing hand in Sunday's loss to Miami, Alec White of the Bills' official site reports."He's fine, other than soreness overall," coach Sean McDermott said Monday.