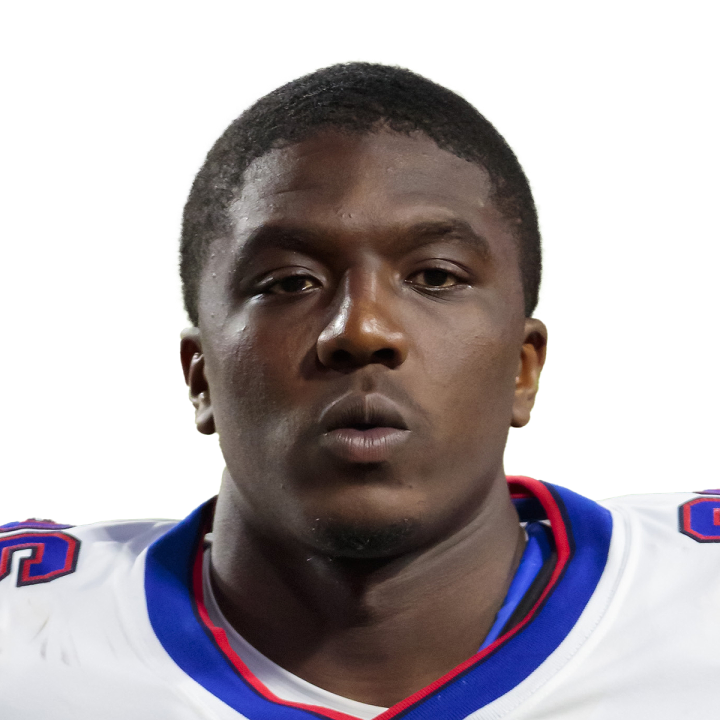 Singletary rushed six times for 19 yards while catching two of four targets for two yards in Monday's 41-7 win over the Titans.

Singletary was Buffalo's primary running back while the game was still competitive, but Josh Allen and Stefon Diggs dominated through the air during that time, leaving little left over for Singletary. Once the game got out of hand, Buffalo took the opportunity to get rookie second-round pick James Cook some reps. Singletary should be more involved in what should be a closer game against the Dolphins on the road in Week 3.

McKenzie remains in the NFL's concussion protocol as of Wednesday, Alaina Getzenberg of ESPN.com reports.

Shakir caught both of his targets for 23 yards in Sunday's win over the Ravens.

Trio of grabs in Week 4 win

Knox secured three of six targets for 40 yards in the Bills' 23-20 win over the Ravens on Sunday.

Limited to one catch Sunday

Davis secured one of three targets for 13 yards in the Bills' 23-20 win over the Ravens on Sunday.

Singletary rushed 11 times for 49 yards and secured four of five targets for 47 yards in the Bills' 23-20 win over the Ravens on Sunday. He also lost a fumble.