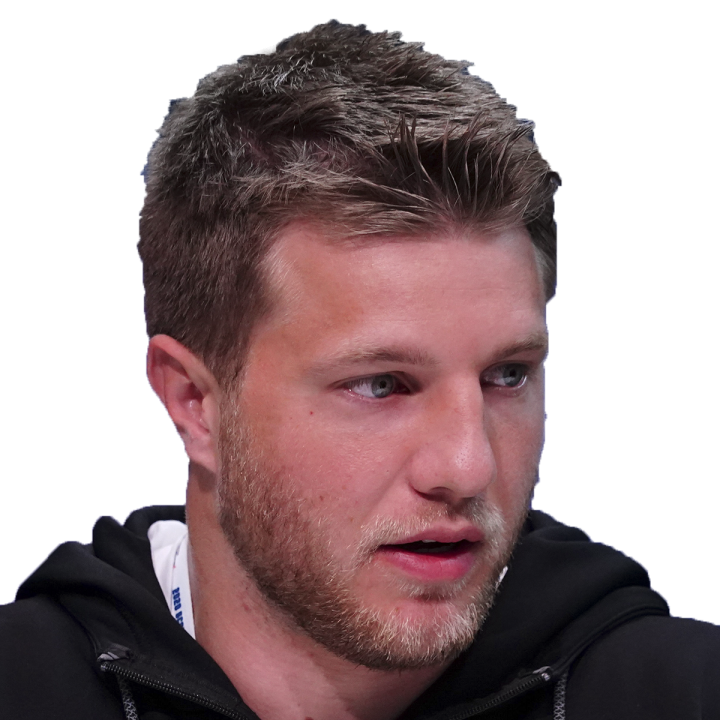 Trautman did not receive a target while playing all 33 of his 35 total snaps on offense during Sunday's 20-10 loss to Tampa Bay.

Trautman did not record a reception or target for the second straight game despite lining up as the Saints' starting tight end in Week 2. The 25-year-old actually finished as the clear second receiving option at tight end for quarterback Jameis Winston, who hauled in four of his seven targets for 40 yards while playing 51 offensive snaps against the Buccaneers. Trautman's usage over the first two weeks of the season appears to indicate that he will likely continue to slot in as the team's No. 2 traditional tight end ahead of Nick Vannett, who has yet to suit up on gameday this season.

Dalton is expected to start Sunday's game against the Vikings with Jameis Winston (back/hip/ankle) listed as doubtful, Adam Hoge of AllCHGO.com reports.

Ruled out for Week 4

Coach Dennis Allen said Friday that Thomas (foot) is ruled out for Sunday's game against the Vikings, Adam Schefter of ESPN reports.

Not spotted at Friday's practice

Thomas (foot) wasn't present at the start of Friday's practice, Rod Walker of The Times-Picayune reports.