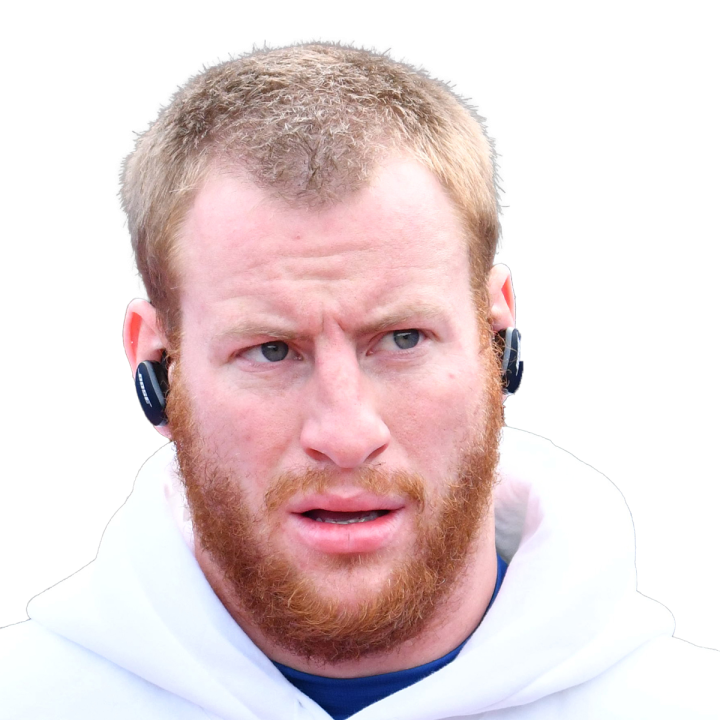 Wentz completed 30 of 46 passes for 337 yards, three touchdowns and one interception in Sunday's 36-27 loss to the Lions. He added 23 rushing yards on two attempts and threw a two-point conversion.

The Commanders trailed 22-0 at halftime, with two of those points coming on a strip sack of Wentz that rolled out of the end zone for a safety. Wentz regrouped at halftime and led a touchdown drive on the first possession of the third quarter, capping it with a 15-yard touchdown pass to Curtis Samuel. He stunted Washington's momentum with an interception on the next drive but bounced back again to find Logan Thomas for a 20-yard touchdown and Jahan Dotson for a two-point conversion. A one-yard touchdown to Dotson in the fourth quarter helped pad Wentz's stats, which were buoyed by a pass-heavy game script. Wentz has opened his Commanders tenure with consecutive 300-yard passing performances, and he'll bring a 7:3 TD:INT into a Week 3 matchup with the Eagles.

Wentz completed 25 of 43 passes for 211 yards and rushed three times for 22 yards against Philadelphia on Sunday. He also committed two fumbles, losing one.

Robinson (knee) has avoided any "ill effects" while ramping up his workload in recent weeks, John Keim of ESPN.com reports.

Thomas caught three of five targets for 37 yards and a touchdown in Sunday's 36-27 loss to Detroit.

Dotson caught four of five targets for 59 yards and a touchdown while adding a two-point conversion in Sunday's 36-27 loss to Detroit.

Gibson rushed 14 times for 28 yards and a touchdown while catching two of four targets for 13 yards in Sunday's 36-27 loss to the Lions.