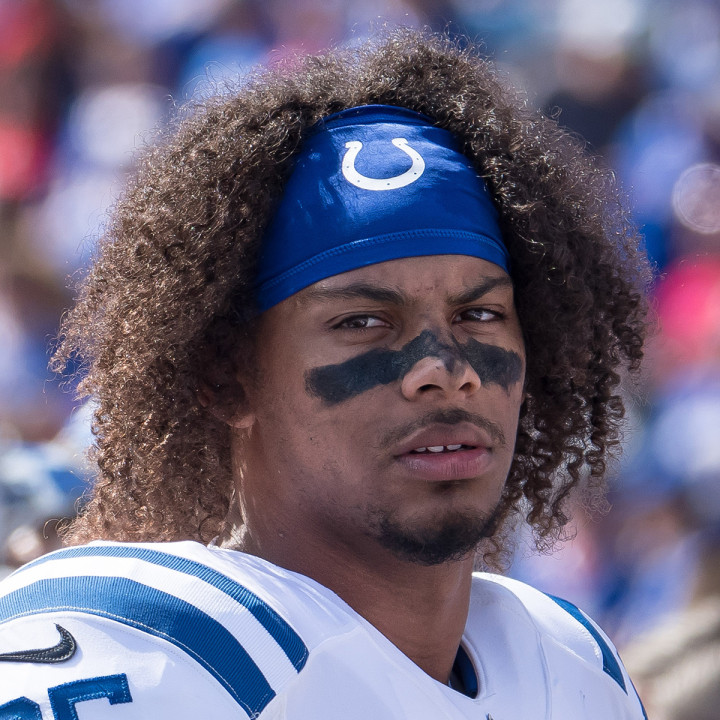 Ogletree had one reception for five yards on two targets, including a drop, but he had a 17-yard TD from Sam Ehlinger wiped out by a penalty away from the catch, Fox 59 Indianapolis reports.

Ogletree was seen having a strong camp and moved ahead of third-round pick Jelani Woods on the depth chart, but Saturday's game was more of a mixed bag. Woods had a decent game, so the competition for the No. 3 tight end role remains in flux.

Colts head coach Frank Reich said that Taylor's (ankle) status for Thursday's game against the Broncos is "unknown at this point," though Reich admitted the running back wouldn't be "ready to go right now" if the game was scheduled for Tuesday, James Boyd of The Athletic reports.

Granson had four receptions for 62 yards on four targets in Sunday's loss to Tennessee.

Taylor (ankle) has a chance to suit up for Thursday's game against the Broncos, Adam Schefter of ESPN reports.

Ruled out for Week 5

Leonard (concussion) has been ruled out for the Colts' Week 5 matchup with the Broncos on Thursday, Stephen Holder of ESPN.com reports.