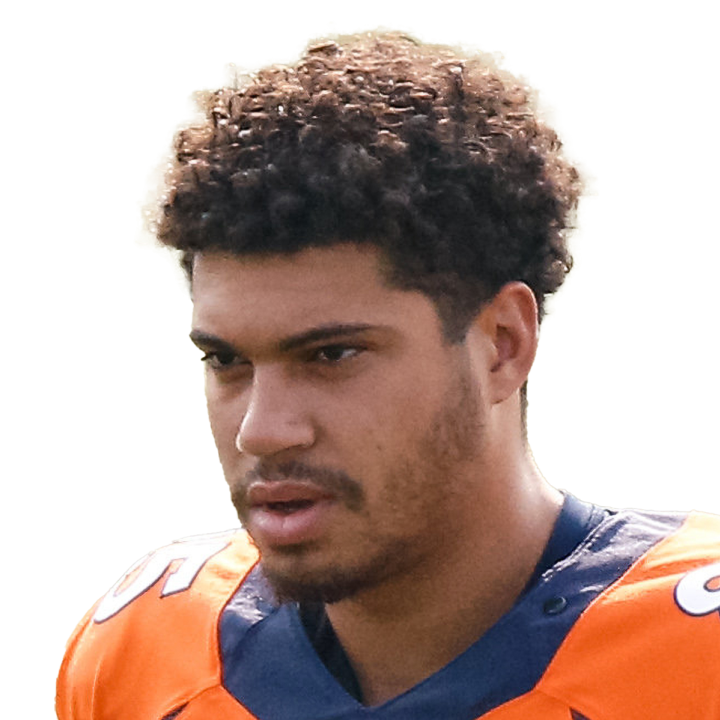 No targets in preseason opener

Okwuegbunam did not log a target during the Broncos' 17-7 preseason win over the Cowboys on Saturday night.

The projected top tight end did start the game but didn't make a mark on the stat sheet. However, there's no active threat to Okwuegbunam's status as the No. 1 option at his position to open the season, and he could certainly see some targets in next Saturday night's road preseason clash against the Bills if the Broncos treat the game as a dress rehearsal and Russell Wilson plays at least a couple of series.

With Javonte Williams having suffered a season-ending knee injury, Boone could see added opportunities along with Melvin Gordon in the weeks ahead, Troy Renck of Denver 7 News reports.

In line for increased volume

With Javonte Williams having suffered a season-ending knee injury, Gordon is in line to see an expanded role in Denver's backfield in the weeks ahead, Troy Renck of Denver 7 News reports.

Hauls in second TD of season

Jeudy caught four of five targets for 53 yards and a touchdown in Sunday's 32-23 loss to the Raiders.

Gets into end zone against Raiders

Sutton caught five of seven targets for 52 yards and a touchdown in Sunday's 32-23 loss to the Raiders.