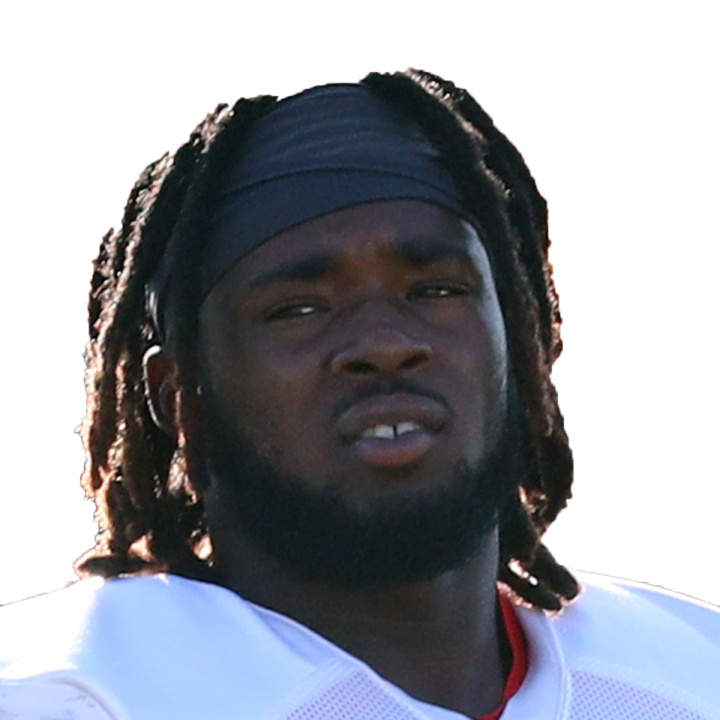 Mostly working as No. 2 back

Jones has been the No. 2 running back for much of training camp, ESPN's Adam Teicher reports.

While Jerick McKinnon and Isiah Pacheco also have seen some first-team snaps, it sounds like Jones is usually the next guy up behind returning starter Clyde Edwards-Helaire. The Chiefs are giving CEH another shot as the starter, by all accounts, but the 2020 first-round pick is on a shorter leash after opening his career with a pair of mediocre seasons. While subpar receiving skills might limit Jones to a committee role in Kansas City's pass-first offense even in a best-case scenario, Jones could end up as the lead rusher if Edwards-Helaire struggles and/or misses time.

Smith-Schuster caught five of eight targets for 46 yards in Sunday's 41-31 win over the Buccaneers.

Edwards-Helaire rushed 19 times for 92 yards and a touchdown while catching one pass for two yards and another score in Sunday's 41-31 win over the Buccaneers.

Kelce had nine receptions (10 targets) for 92 yards and a touchdown in Sunday's 41-31 win over Tampa Bay.

Mahomes completed 23 of 37 pass attempts for 249 yards, three touchdowns and an interception while adding 34 rushing yards on four carries in a 41-31 win over Tampa Bay.

Valdes-Scantling (abdomen) is listed as active for Sunday night's game against the Buccaneers.

Should be available Sunday

Valdes-Scantling (abdomen), who is listed as questionable for Sunday's prime-time matchup against the Buccaneers, is expected to play, Jeremy Fowler of ESPN.com reports.

Wright was elevated to the active roster Saturday and will kick for the Chiefs on Sunday with Harrison Butker (ankle) sidelined.

Butker (ankle) has been ruled out ahead of Sunday's game against the Buccaneers.