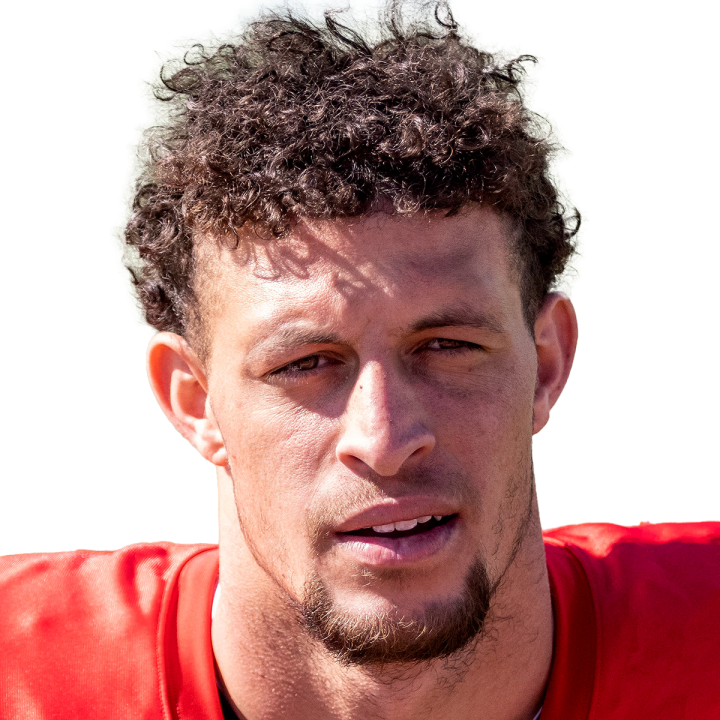 Franks is operating primarily as a tight end during training camp, but he remains mixed in as an emergency quarterback, D. Orlando Ledbetter of the Atlanta Journal-Constitution reports.

Franks admits that the toughest challenge of switching positions has been learning how to block and get into a three-point stance, but the pass-catching aspect of his new role has come naturally. The 6-foot-6 athlete certainly has the size and athleticism to excel as a receiver, which is evident in his strong showing in Atlanta's 1-on-1s during training camp, but it remains unclear how big of a role he'll have in the regular season. The uber-talented Kyle Pitts functions more like a wide receiver than a traditional tight end as well, so barring injury, Franks garnering playing time in Week 1 seems like a stretch. Regardless, the Arkansas product is still new to the position and has plenty of room to grow after his strong start to training camp.

On track for Week 1 start

Edwards (arm) is not participating in the start of Monday's practice, Michael Rothstein of ESPN.com reports.

Mariota has worked exclusively with the starters in training camp, Steve Wyche of NFL Network reports.

Likely won't be workhorse back

Atlanta rested Patterson during all of the team's spring workouts with the intention of heading into the regular season with him fully healthy, but expecting the converted return man to operate as a workhorse back in 2022 may be overly optimistic, per Josh Kendall of The Athletic.

Williams could be competing for a roster spot if the Falcons opt to keep only three running backs on their initial 53-man roster, Josh Kendall of The Athletic reports.