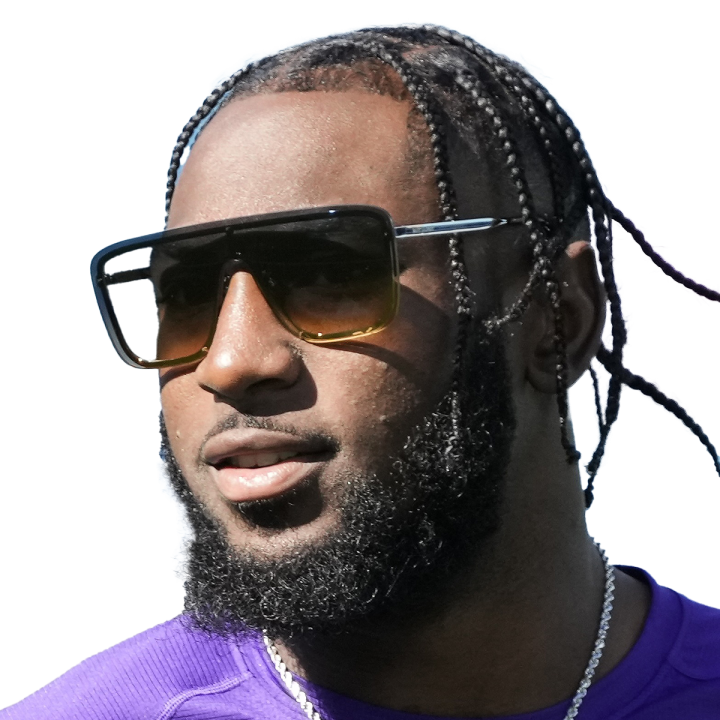 Osborn has been primarily used in the slot during practices, which feature more three-receiver sets under the new coaching staff. Osborn recorded a 50-655-7 stat line on 82 targets over 17 contests last season, but he could see his usage increase if the Vikings move away from a run-first offense. Albert Wilson, Bisi Johnson, Ihmir Smith-Marsette, Dan Chisena and Jalen Nailor are also competing for the No. 3 role, but even the No. 4 role could have value this season for the Vikings in the new offense.

Chandler (ankle) will not practice Thursday but hopes to play in Saturday's preseason game against San Francisco, Andrew Krammer of the Minneapolis Star Tribune reports.

On track for Week 1 return

Cousins (illness) was cleared to return to practice Wednesday after having missed the Vikings' preseason opener against the Raiders due to a positive COVID-19 test, Kevin Seifert of ESPN.com reports.

Mond was 9-of-14 passing for 119 yards and two touchdowns in Sunday's preseason loss at Las Vegas. He also had three carries for seven yards.

Smith-Marsette had three receptions for 31 yards on five targets in Sunday's preseason loss at Las Vegas. He also had three kick returns for an average of 18.3 yards and loss four yards on two punt returns.

Chandler rushed five times for 50 yards in Sunday's 26-20 preseason loss to the Raiders.

Nwangwu (leg) rushed seven times for 41 yards and caught both of his targets for 18 yards in Sunday's 26-20 preseason loss to the Raiders.

Mattison started Sunday's preseason game against the Raiders in place of Dalvin Cook (rest), finishing with three carries for eight yards and no targets in the passing game.

Jefferson is not in line to play in Sunday's preseason opener against the Raiders.

Not in line to suit up Sunday

Thielen isn't in line to play in Sunday's preseason opener against the Raiders.