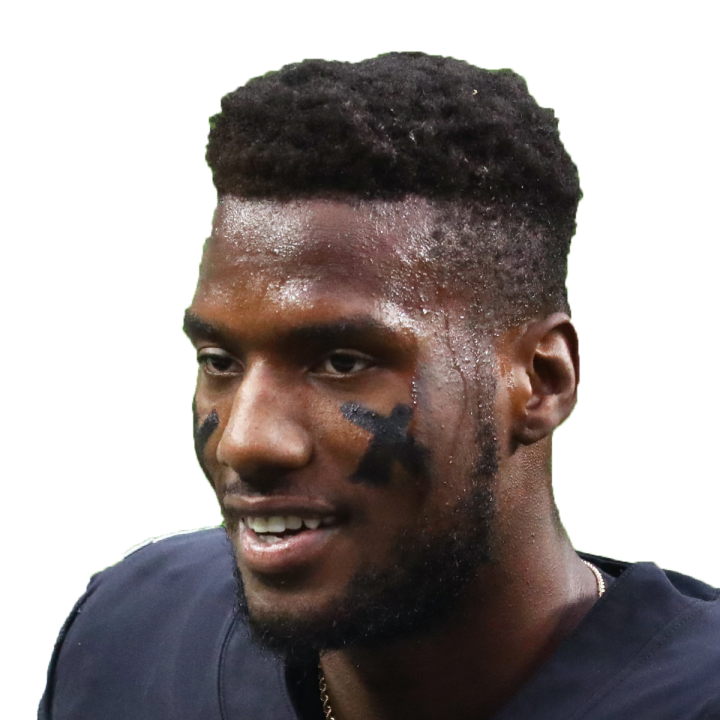 Smith said Edwards' injury is "nothing that's considered long term." The 2020 third-round pick suffered a shoulder issue after falling awkwardly during Saturday's practice. Other wideouts on Atlanta's depth chart, including Olamide Zaccheaus and Auden Tate, will stand to benefit from increased opportunities as long as Edwards remains sidelined.

Falcons head coach Arthur Smith said Wednesday that he's hopeful Pitts is headed for a Year 2 leap after spending the offseason working on improving his blocking, Josh Kendall of The Athletic reports.

Not practicing after knee injury

Hodge is a strong candidate to make the Falcons' initial 53-man roster, Scott Bair and Tori McElhaney of the team's official site report.

Coach Arthur Smith noted Sunday that the knee injury London suffered during Friday's preseason game against the Lions isn't something the Falcons are "concerned about long term," Tori McElhaney of the team's official site reports.

The knee injury that London suffered during Friday's preseason victory at Detroit isn't believed to be a serious one, Adam Schefter of ESPN reports.

Allgeier rushed three times for 25 yards in Friday's 27-23 preseason win over the Lions.

Ridder completed 10 of 22 passes for 103 yards and two touchdowns in Friday's 27-23 preseason win over the Lions. He also rushed six times for 59 yards.

Clarification on injury to come

Mariota completed both of his passing attempts for 36 yards and rushed three times for 23 yards and a touchdown in Friday's 27-23 preseason win over the Lions.

No touches versus Lions

Patterson played but didn't get any touches in Friday's 27-23 preseason win over the Lions.