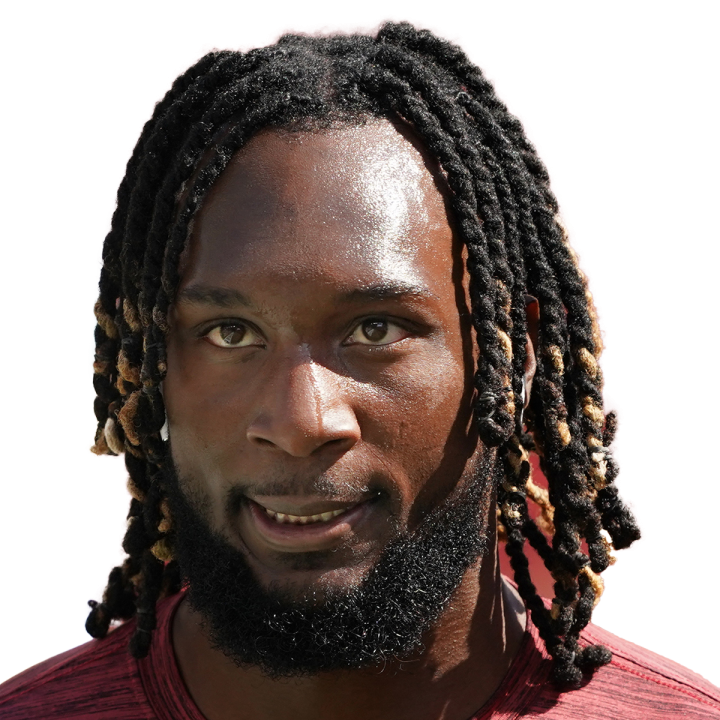 Shows up in good shape

Coach Kyle Shanahan said Sermon "is as yolked up as he can be" for the start of training camp, David Lombardi of The Athletic reports.

Shanahan believes the 2021 third-round pick learned some lessons from a disappointing rookie season. Sermon mostly remained buried on the depth chart while fellow rookie Elijah Mitchell emerged as the starter, but there's an opportunity to earn backup work this summer with the competition mainly consisting of veteran Jeff Wilson and rookie third-round pick Tyrion Davis-Price. It sounds like Sermon is off to a good start, at least when it comes to strength and conditioning. The practice field will be his real challenge, along with preseason games in the coming weeks.

Watkins (illness) doesn't have an injury designation for Sunday's game at Washington.

Watkins didn't practice Wednesday due to an illness.

Pulls in bomb for score

Watkins caught two passes for 69 yards and a touchdown in Monday's win over the Vikings.

Scott rushed four times for 19 yards and caught his lone target for two more yards in Monday's win over Minnesota.

Not used much in Week 2

Gainwell rushed twice for seven yards and pulled in one of his two targets for an 11-yard reception in Monday's win over the Vikings.

Goedert brought in five of six targets for 82 yards in the Eagles' 24-7 win over the Vikings on Monday night.

Another solid effort in Week 2

Sanders rushed 17 times for 80 yards and brought in all three targets for six yards in the Eagles' 24-7 win over the Vikings on Monday night. He also recovered a fumble.

Back in the saddle in Week 2 win

Smith secured all seven targets for 80 yards in the Eagles' 24-7 win over the Vikings on Monday night.

Brown secured five of eight targets for 69 yards in the Eagles' 24-7 win over the Vikings on Monday night.