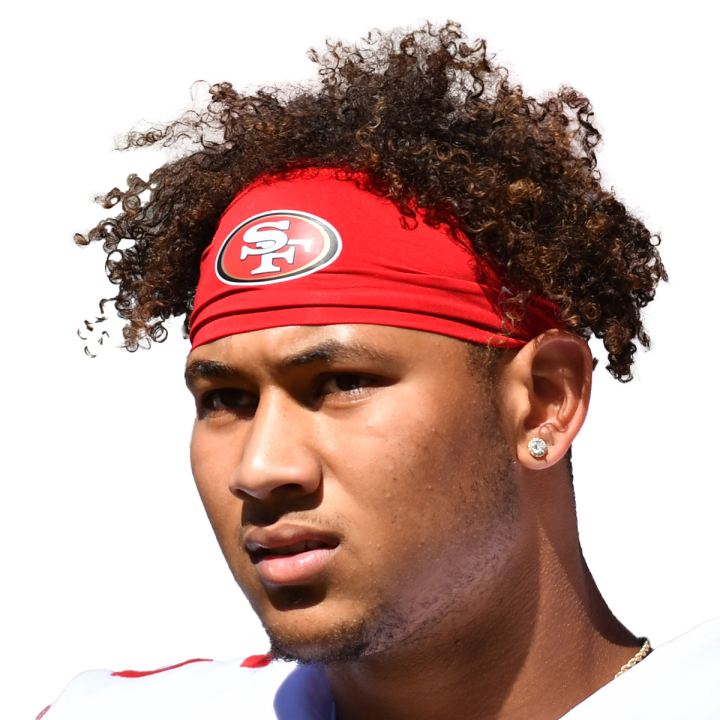 Coach Kyle Shanahan confirmed Tuesday that the 49ers are moving on from Jimmy Garoppolo, telling reporters, "This is Trey [Lance]'s team," Cam Inman of The San Jose Mercury News reports.

It's been a likelihood for a long time and a near-certainty for the past few months. Lance, the third overall pick in last year's draft, will take the helm of an offense with superstars at left tackle (Trent Williams), wide receiver (Deebo Samuel) and tight end (George Kittle). It'll likely be a run-heavy offense, but that's not a bad thing for Lance's fantasy managers if the young QB gets a lot of those carries. Lance took 24 carries for 120 yards (5.0 YPC) and one TD in his two starts last year, completing 31 of 52 passes (59.6 percent) for 441 yards (8.5 YPA), with, two TDs, two INTs, three sacks and no fumbles. The Trey Lance era in San Francisco begins in earnest Sunday, Sept. 11 in Chicago.

Kittle (groin) has been cleared for Sunday's game against Denver, avoiding a designation on the 49ers' final injury report, Nick Wagoner of ESPN.com reports.

Gets in limited work again

The 49ers signed Coleman to their practice squad Wednesday.

The 49ers signed Mack from the practice squad to the active roster Tuesday, Adam Schefter of ESPN reports.

Dwelley caught his lone target for a 38-yard touchdown in Sunday's 27-7 win over the Seahawks.

McCloud caught one of two targets for 18 yards in Sunday's 27-7 win over Seattle.

Jennings had one reception (two targets) for four yards in Sunday's 27-7 win over Seattle.

Injury opens up No. 2 job

Mason will take over the No. 2 spot on the 49ers' running back depth chart following the news that Tyrion Davis-Price (ankle) will miss several weeks, Jennifer Lee Chan of NBC Sports Bay Area reports.