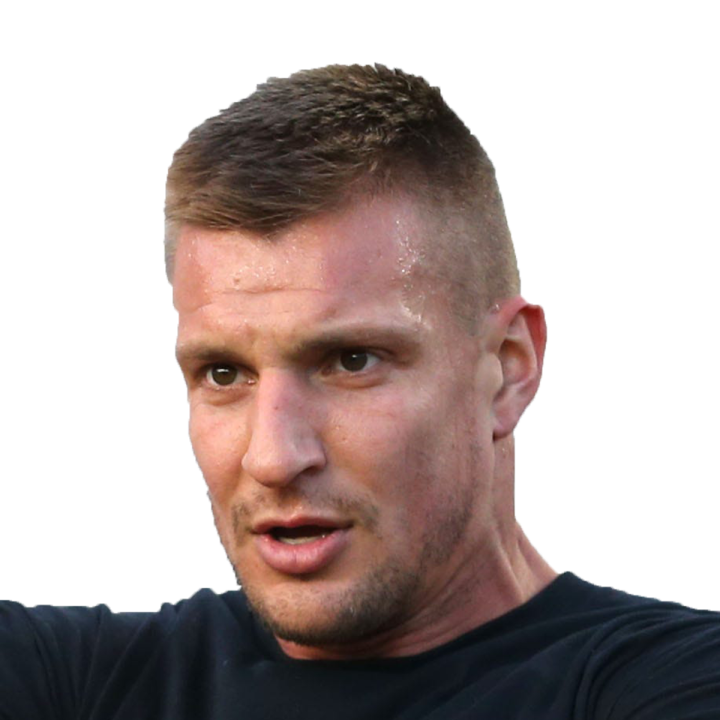 Good use of four catches

Gronkowski secured four of 11 targets for 85 yards during the Buccaneers' 30-27 loss to the Rams in their NFC divisional-round matchup Sunday.

Tom Brady had trouble connecting downfield consistently against an aggressive Rams defense, which was reflected in Gronkowski's sub-par catch rate. Brady's one interception even came on a pass intended for his long-time teammate, but Gronkowski also delivered an impressive 42-yard reception with just over five minutes remaining in the third quarter to set up a Ryan Succop field goal. Gronkowski's yardage total checked in second on the afternoon for the Buccaneers and was his third of greater than 80 in the last four games. The 32-year-old has been effective for the Buccaneers over the last two seasons following his return from a one-year sabbatical from the NFL, but his decision on whether to return in 2022 may very well hinge on Brady's plans regarding his future.