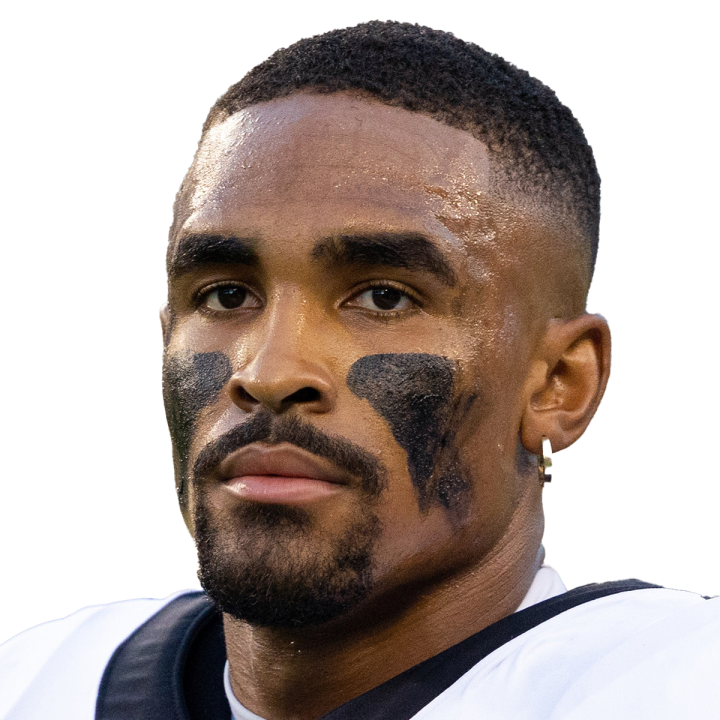 The Eagles have the requisite cap space and draft picks to pursue an upgrade, but Roseman said his plan for the offseason is to build around Hurts, who went 8-7-0 as a starter in 2021 and finished the regular season with 3,144 passing yards, 784 rushing yards, 26 total touchdowns and 11 turnovers. While he placed just 26th among 31 qualified passers in completion rate (61.3 percent), Hurts was above-average at avoiding sacks and turnovers, in addition to leading all signal-callers in rushing yards (784) and rushing touchdowns (10). That's solid work for an age-23 season, especially given that Hurts has been stuck with a different coaching staff four straight years dating back to his college days. He'll now have continuity with head coach Nick Sirianni and offensive coordinator Shane Steichen, as well as his top two targets in wideout DeVonta Smith and tight end Dallas Goedert. Next, Hurts will likely take some time to rest and recover, hoping to avoid offseason surgery on the ankle he initially injured in late November.