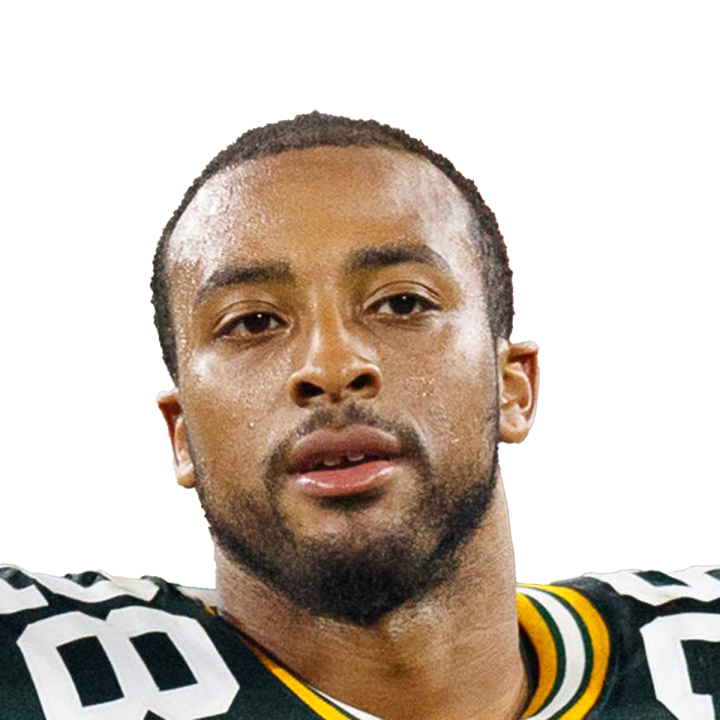 Maintains role as lead back

Dillon recorded 20 carries for 69 yards in Sunday's 36-28 win over the Rams. He added five receptions for 21 yards and a touchdown.

Dillon saw 14 carries in the second half of the game as the Packers looked to run out the clock on a lead, and he out-carried Aaron Jones 20-10 as a result. Despite that impressive volume, the most notable part of Dillon's production was his work as a receiver. He recorded the first receiving touchdown of his career midway through the third quarter and now has four or more receptions in three of his last four games. After the contest, coach Matt LaFleur called the backfield "a 1A and 1B" situation according to Matt Schneidman of The Athletic, so all indications suggest the Dillon will remain heavily involved in the offense even with the return of Jones.

Watkins played extensively with the first-team offense during Green Bay's Family Night event Friday, according to Justis Mosqueda of acmepackingcompany.com.

Doubs has become the rare rookie to earn praise from Packers QB Aaron Rodgers, who said Thursday that the young wideout makes at least one "wow play" per practice, Matt Schneidman of The Athletic reports.

Watkins, who had been on the active/non-football injury list with a hamstring injury, returned to practice Friday.

Standing out early in camp

Doubs has impressed early in training camp for the Packers, Mike Spofford of the team's official site reports.

Should return to practice Friday