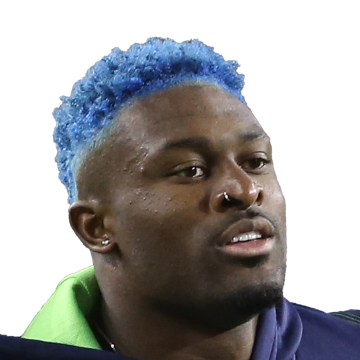 As Metcalf contends with a lingering foot injury, he's typically received one day off per week for maintenance purposes. But even with Russell Wilson back in the fold the past two games, Metcalf has put up back-to-back modest performances, combining for seven catches (on 16 targets) for 57 yards and one touchdown after putting up a 39-580-8 line of 56 targets prior to the Seahawks' Week 9 bye. Assuming he's out there Monday at Washington, Metcalf will have a chance to bounce back against a defense that has allowed the fifth-most TDs (13) and ninth-highest YPT (8.6) to wide receivers this season.