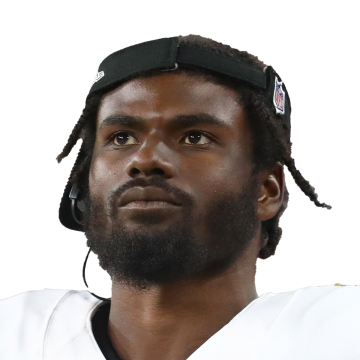 Headed back to No. 2 role

Huntley is expected to reprise his normal duties as the Ravens' backup quarterback Sunday against the Browns after Lamar Jackson (illness) practiced fully Wednesday, putting him on track to start this weekend, Jamison Hensley of ESPN.com reports.

Huntley handled all of the first-team reps in two of the Ravens' three practices last week while Jackson was idle due to a non-COVID-19-related illness, then picked up his first career NFL start in Sunday's 16-13 win over the Bears when Jackson was inactive for the contest. Though he didn't put up stellar numbers, Huntley delivered an acceptable fill-in performance, completing 72.2 percent of his throws for 6.1 yards while rushing seven times for 40 yards and turning the ball over once. Huntley won't make another start this season unless Jackson is unavailable for one reason or another, but the decent showing against Chicago at least may have given him some extra job security as the No. 2 option on the depth chart.

Brown (thigh) is listed as questionable for Sunday night's game against the Browns, Adam Caplan of SiriusXM NFL Radio reports.

Duvernay (knee/chest) was listed as a full practice participant Thursday.

Brown (thigh) was a limited participant Wednesday in his return to practice, Nate Ulrich of the Akron Beacon Journal reports.

Good to go after full practice

Murray (ankle) rushed 10 times for 32 yards and brought in both targets for one yard in the Ravens' 16-13 win over the Bears on Sunday.

Watkins secured three of four targets for 48 yards in the Ravens' 16-13 win over the Bears on Sunday.