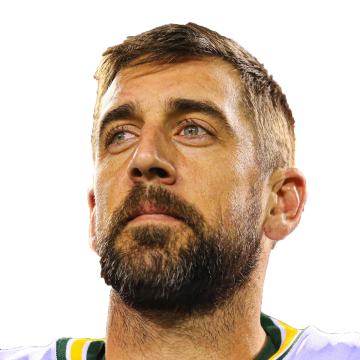 In the aftermath of his return from a recent 10-day absence from the Packers due to a positive COVID-19 test, Rodgers has been dealing with a painful toe injury that hasn't allowed him to practice. No matter, he's produced in consecutive matchups with the Seahawks and Vikings, completing 65.7 percent of his passes for 677 yards, four touchdowns and one interception and taking four carries for 29 yards. Per Tom Silverstein of the Milwaukee Journal Sentinel, head coach Matt LaFleur said that Rodgers likely will be subject to a lighter practice regimen for the second week in a row, but Friday's injury report will indicate whether he enters the weekend with a designation for Sunday's showdown with the Rams. For his part, Rodgers said he expects to play through the pain against Los Angeles, while hoping that the Packers' upcoming Week 13 bye allows him to enter the final part of the regular season in better health.

Questionable to return for Week 12

Lazard (shoulder) is listed as questionable for Sunday's game against the Rams, Rob Demovsky of ESPN.com reports.

Rodgers (toe) won't have an injury designation for Sunday's game against the Rams, Matt Schneidman of The Athletic reports.

Lazard (shoulder) was listed as limited on Thursday's injury report, Matt Schneidman of The Athletic reports.

Jones (knee) was listed as limited on Thursday's injury report, Matt Schneidman of The Athletic reports.

Adams (ankle) was listed as a full participant on Thursday's injury report, Matt Schneidman of The Athletic reports.

Rodgers (toe) wasn't in attendance for Thursday's practice and will be listed as a non-participant on the Packers' official report, Rob Demovsky of ESPN.com reports.

Rodgers relayed Wednesday that he's dealing with a broken toe but won't miss any game action as a result of the injury, Mike Spofford of the Packers' official site reports.