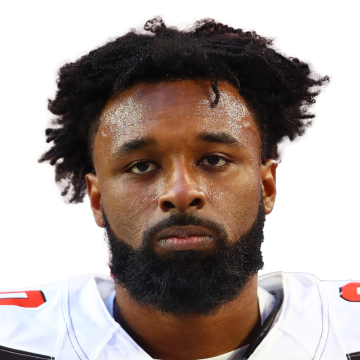 Wednesday absences have been the norm for Landry of late, but it's worth noting that the wideout was forced out of this past weekend's win over the Lions for a spell after he tweaked his knee. Landry did, however, return to the contest, and head coach Kevin Stefanski told Petrak that he feels good about Landry's status for Sunday's game against the Ravens. A return to practice in any capacity by Friday would support the idea that Landry will be ready to go come Sunday.

Kareem Hunt (calf) was removed from injured reserve and is set to rejoin Chubb in the Cleveland backfield Sunday night at Baltimore, Scott Petrak of the Elyria Chronicle-Telegram reports.

Hunt (calf) was activated from injured reserve on Saturday.

Peoples-Jones (groin) will be listed as questionable for Sunday night's game against the Ravens, Mary Kay Cabot of The Cleveland Plain Dealer reports.

Coach expects him to play Sunday

Coach Kevin Stefanski says he expects Hunt (calf) to be activated from injured reserve before Sunday's game against the Ravens, Ian Rapoport of NFL Network reports.

Landry (knee) was listed as a limited participant on Thursday's injury report, Scott Petrak of the Elyria Chronicle-Telegram reports.

Peoples-Jones (groin) was listed as a limited participant on Thursday's injury report, Scott Petrak of the Elyria Chronicle-Telegram reports.

Schwartz (concussion) was listed as a non-participant on Thursday's injury report, Scott Petrak of the Elyria Chronicle-Telegram reports.