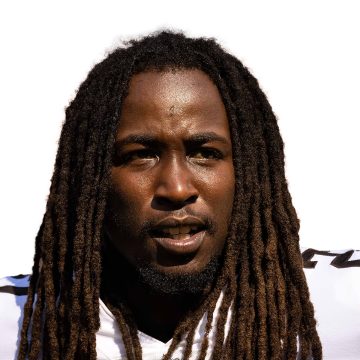 The transaction opens up a 21-day window in which the Browns can evaluate Hunt in practice as he prepares for a return for the 53-man roster. Before being placed on IR on Oct. 19 with the right calf strain, Hunt had filled a key complementary role behind top back Nick Chubb, averaging a robust 5.2 yards on 69 carries while catching 20 passes and scoring five touchdowns through six games. Since Hunt isn't an official member of the roster, the Browns won't have to list the extent of his participation in practice this week, but if the 26-year-old looks good in his return to the field, he'll have a fair chance at suiting up Sunday in Baltimore.

Kareem Hunt (calf) was removed from injured reserve and is set to rejoin Chubb in the Cleveland backfield Sunday night at Baltimore, Scott Petrak of the Elyria Chronicle-Telegram reports.

Hunt (calf) was activated from injured reserve on Saturday.

Peoples-Jones (groin) will be listed as questionable for Sunday night's game against the Ravens, Mary Kay Cabot of The Cleveland Plain Dealer reports.

Coach expects him to play Sunday

Coach Kevin Stefanski says he expects Hunt (calf) to be activated from injured reserve before Sunday's game against the Ravens, Ian Rapoport of NFL Network reports.

Landry (knee) was listed as a limited participant on Thursday's injury report, Scott Petrak of the Elyria Chronicle-Telegram reports.

Peoples-Jones (groin) was listed as a limited participant on Thursday's injury report, Scott Petrak of the Elyria Chronicle-Telegram reports.

Schwartz (concussion) was listed as a non-participant on Thursday's injury report, Scott Petrak of the Elyria Chronicle-Telegram reports.