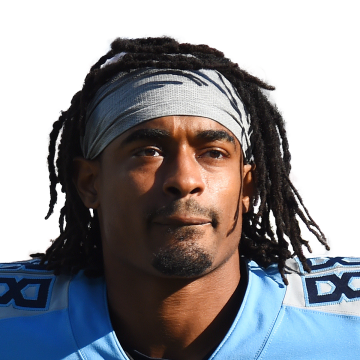 Shut down for season

Because Johnson previously opened the season on IR, he's not eligible to play again in 2021 now that he's being moved off the 53-man active roster for a second time after he injured his hamstring early in Sunday's 22-13 loss to the Texans. The setback is an untimely one for Johnson, who broke out with five receptions for 100 yards in a Week 10 win over New Orleans and looked poised to emerge as the No. 2 wideout behind A.J. Brown following Julio Jones' placement on IR with a hamstring concern of his own. With Jones out for at least two more games and Brown's status for a Week 12 matchup with the Patriots in jeopardy due to a chest injury, the Tennessee receiver room is incredibly unsettled at the moment.