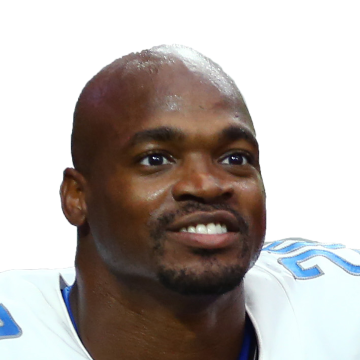 Peterson's dismissal headlines a list of 13 roster moves made by Tennessee in the aftermath of a disappointing 22-13 loss to the Texans in Week 11. Making his third appearance with the Titans in that contest, Peterson played just 19 percent of the offensive snaps, carrying nine times for 40 yards while catching two passes for four yards. Meanwhile, Dontrell Hilliard shined in a change-of-pace role behind D'Onta Foreman and Peterson, prompting the Titans to sign the 26-year-old while parting ways with the seven-time Pro Bowler in a corresponding move. Peterson finishes his time in Tennessee with 27 carries for 82 yards (3.0 YPC) and a touchdown and four receptions for eight yards. The 36-year-old will presumably look to catch on elsewhere once he clears waivers, but his time in the NFL could be over.