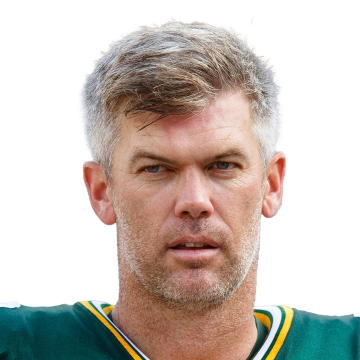 Packers head coach Matt LaFleur reiterated Monday that Crosby's remains the team's kicker, Rob Demovsky of ESPN.com reports. "No, absolutely not," LaFleur said, when asked if the team was considering a change at kicker. "Have a lot of confidence in Mason, never would've sent him out there if we didn't on a 54-yarder...But have to make the chip shot."

LaFleur was speaking in reference to another uneven showing from the veteran kicker in Sunday's 34-31 loss to the Vikings, when Crosby nailed a 54-yarder and went 4-for-4 on extra-point attempts, but misfired on a 32-yard attempt that held up as the difference in the game. Crosby is now sitting on a 65.2 percent success rate on field-goal attempts this season, the worst mark in his career by 10 percentage points. The 37-year-old's track record looks like it'll be enough for him to hold out to the job heading into a Week 12 matchup with the Rams, but LaFleur could change his tune if Crosby endures another erratic showing against Los Angeles.

Questionable to return for Week 12

Lazard (shoulder) is listed as questionable for Sunday's game against the Rams, Rob Demovsky of ESPN.com reports.

Rodgers (toe) won't have an injury designation for Sunday's game against the Rams, Matt Schneidman of The Athletic reports.

Lazard (shoulder) was listed as limited on Thursday's injury report, Matt Schneidman of The Athletic reports.

Jones (knee) was listed as limited on Thursday's injury report, Matt Schneidman of The Athletic reports.

Adams (ankle) was listed as a full participant on Thursday's injury report, Matt Schneidman of The Athletic reports.

Rodgers (toe) wasn't in attendance for Thursday's practice and will be listed as a non-participant on the Packers' official report, Rob Demovsky of ESPN.com reports.

Rodgers relayed Wednesday that he's dealing with a broken toe but won't miss any game action as a result of the injury, Mike Spofford of the Packers' official site reports.