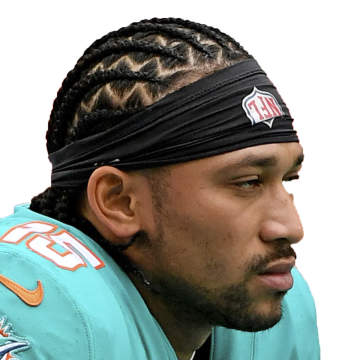 Wilson also handled one carry for a loss of three yards, and he returned two kicks. Jaylen Waddle and Mack Hollins overshadowed Wilson during Sunday's divisional win, just one week after the veteran had acted as Miami's receiving yardage leader. It's unclear whether either of DeVante Parker (shoulder) or Will Fuller (finger) will manage to return Week 12, however, so Wilson could end up positioned for another start.