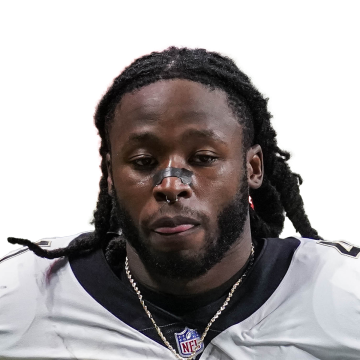 Kamara became the fastest man in NFL history to reach 3,000 rushing yards and 3,000 receiving yards, doing so in his 66th game. He topped 100 receiving yards in the first half alone, highlighted by a 13-yard touchdown catch in the final minute before halftime. Neither offense got much going on a rainy Seattle evening, but Kamara nonetheless willed the Saints to victory while no teammate eclipsed 40 scrimmage yards. The versatile running back will likely continue to do most of his damage as a pass catcher in Week 8, as running room will be hard to come by against the stout Tampa Bay front.